Catching up with the Year

A film you must see is Darkest Hour. We went to the Regal in Henley on thursday evening. Abdolutely fantastic. Gary Oldmwn as Winston Churchill gave an amazing performance. 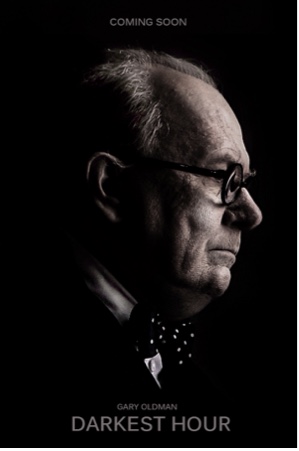 Depicting the period just before Churchill was elected Prime Minister up to the evacuation of 300,000 allied troops from the beaches of Dunkirk in June 1940 the film dramatically tells the story of that remarkable and dangerous time in our history. A really thrilling film.
While in Suffolk at the end of the year we visited Lavenham. What I like best about Lavenham are the houses. Many are half-timbered and kept in really good condition. Here are some of my favourites. 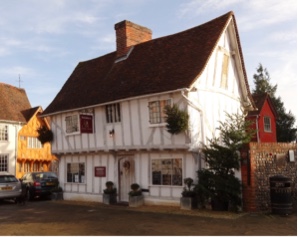 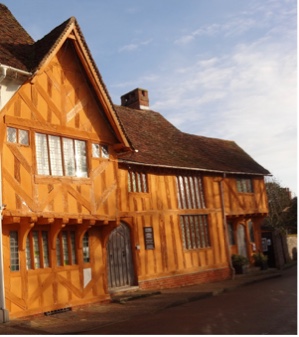 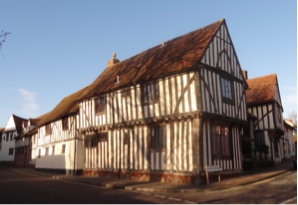 Last September, when we knew Debbie was to appear in Strictly Come Dancing we applied to the BBC for tickets to the show. But as myf thought, with a five million to one chance of getting any, our chances were much too slim. So, unknown to me she bought two tickets for the Strictly Tour at Wembley Arena in February as a birthday present for me in October. But when, against all the odds, we did win tickets for the actual show, she kept hold of the tour tickets till Christmas when they became one of my presents. Another present will be a visit to the Warner Brothers Studio tour of the Harry Potter studios. We’ve been before and I found it really exciting, so can’t wait to go again, especially as the Forbidden Forest has been added. 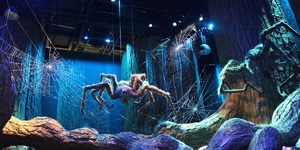 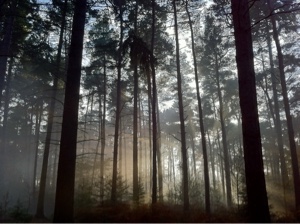 I know I’ll experience another magical day, and a walk through the Forbidden Forest.
We both had a new experience yesterday - a visit to Ikea! Orginally we went to B&Q to look for a new blind for my recently repainted bathroom. But their selection was sparse. So having never visited an Ikea store before we weren’t quite sure what to expect. Once you are in that’s it. You have no choice but to follow the floor arrows all the way through over twenty-four very comprehensively stocked sections. I made the mistake of leaving my walking stick in the car, so after about an hour or so of feeling trapped in a one way Disney attraction we finally (at section 23) found the curtain and blind section. Luckily they had just what I wanted. Must say I liked the idea of an Ikea layout but will only go back again when I need something only they can supply or when I have a whole day to spare! But as we left I bought two large packets of my favourite food - Swedish meatballs.
I should hear soon whether any of my portraits have been accepted for the BP Portrait Award and the Royal Society of Portrait Painters Exhibition. In the meantime I’m painting a couple of miniatures for the RMS autumn exhibition.

An old primary school friend has just sent me these old photographs he’s unearthed and taken when, together with two friends I cycled to Paris and back. I was 18 at the time. Here we are setting off - I’m the one on the right. 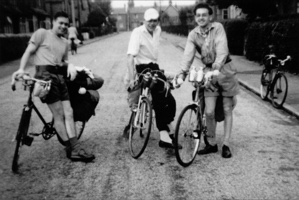 We cycled about 80 miles towards Kent then camped by the roadside for the night so as not to be late for the flight from Lydd to LeTouquet in the morning. 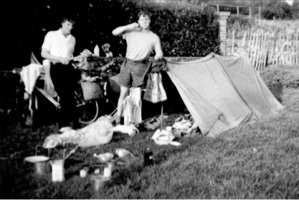 I remember our fares were £5 each plus half-a-crown for our bikes. After about six days we reached Paris and camped next to the Seine. 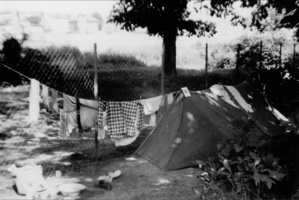 On top of the Arc de Triomphe 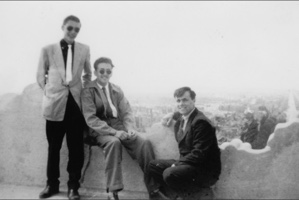 And a final picure as we camped on the beach when we returned to Le Touquet after our two week holiday in France. 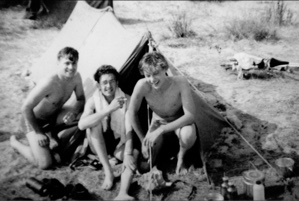 So back to the present - sixty years later. How time flies!