We updated my iPad the other day and have now discovered that Apple no longer support Google blogs. So I have to use a different way to write blogs now. I'm writing this on a new app called BLOGO, so hope it will be as easy to use as the previous one.
I lived for nearly ten years in Thailand during the sixties and seventies and grew to love the country and its people. This was before the advent of the jumbo jet and mass tourism and I really did think of the country as 'The Land of Smiles'. So it was very sad to hear of the death of King Bhumipol Aduladej the other day. 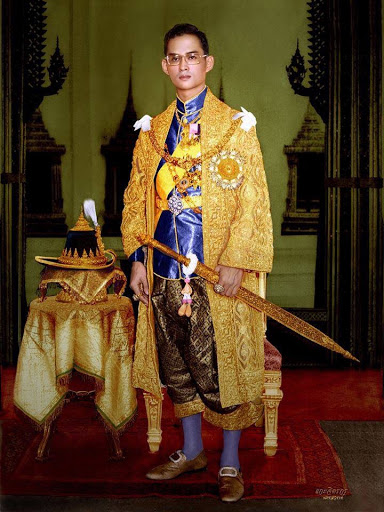 He was admired by everyone. When I visited Thai friends of mine in their houses a photograph of the King would always be prominently displayed - along with that of his daughter Princess Maha Chakri Sirindhorn. They were much loved. I had the honour to be given three audiences with the Princess at Chitralada Palace where I was commissioned to paint miniatures of both the King and the Princess. On one occasion when I presented my portrait of the King to her we had a long chat. She said how worried she was about her weight and how she'd sneak down to the fridge in the middle of the night to have a snack. I was reminded of this when I finally completed her portrait. She was wearing a bright red uniform and appeared a little chubby. But a week or so before I was due to travel to Bangkok a friend rang me and said Princess Maha Sirindhorn had lost a considerable amount of weight. This put me into a bit of a dilemma. So I rang the King's private secretary to ask if this was true. It was. I asked him if he could quickly find a few photographs of her as she was now (and preferably not wearing a uniform) and send them to me. This he did, so I was able to paint a second portrait. My frame maker rapidly made a beautiful double leather and silk case in which I housed both miniatures.
When I presented them to her at the Palace she laughed and showed them to her ladies-in-waiting and said "Look! Before and after". As there were three or four television news cameras present, her comments, and the miniatures, appeared on the TV news that evening.
Thailand is now in mourning for their much-loved Monarch and everyone will be wearing black or white for the next forty days and officially the country will be in mourning for one year.

A couple of days ago as I was cutting a large piece of watercolour board to prepare for a new river painting, somehow my big knife slipped and sliced into my index finger. How I managed to cut my right finger while holding my knife in my right hand I'll never know. But as it was spurting blood I decided to have it looked at in Henley's new Townlands Hospital. I intended to drive there but my young friend wouldn't hear of it and drove me to the minor injuries department where they bandaged it up very nicely. As I am not allowed to get the finger wet for five days it's been extremely difficult to shave and bath left-handed. Luckily I haven't done more damage - so far. I bought a first aid kit today - this is our home made plaster wrapping. 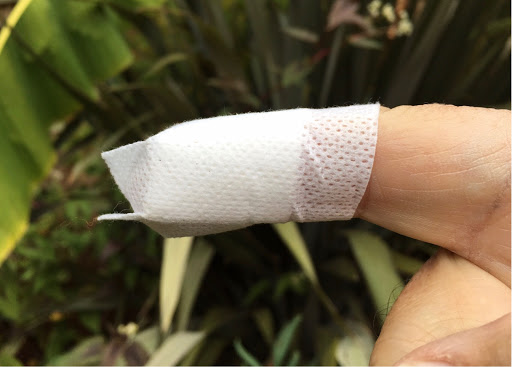 Today myf will be preparing her banana trees for the winter so these lovely leaves will be cut off this afternoon and the plants wrapped in straw to protect them from the frosts to come. 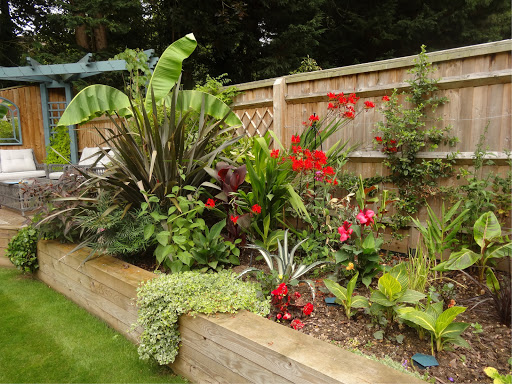 That's it for now - we are off for a few days so I'll write a more interesting blog at the weekend.