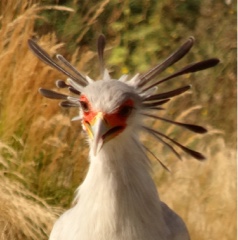 We came across this wonderful secretary bird at the Hawk Conservancy Trust last weekend during a short break in Dorset. I learnt a lot about birds of prey on that day, including the fact that the peregrine falcon can fly at over 200 miles an hour. 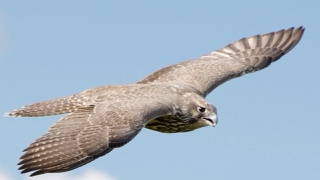 In fact the world record is 240 mph. Incredible. During our stay we watched amazing displays of owls, vultures, hawks, and many more birds of prey. This is one of the very talented keepers who put on the displays. 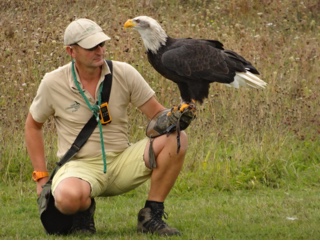 And here are a few of the photographs I took of the birds - including the glorious secretary bird again. 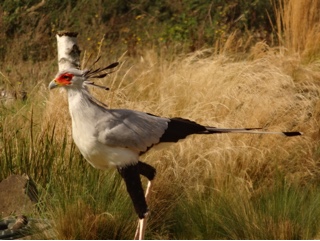 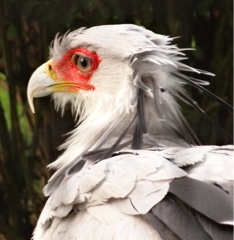 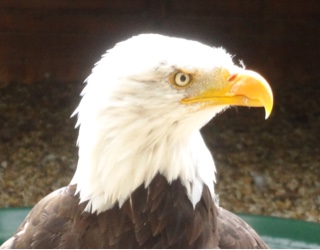 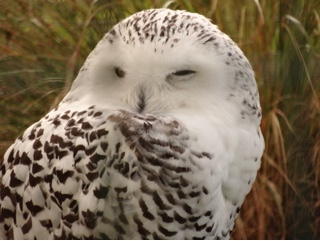 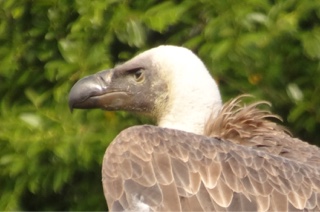 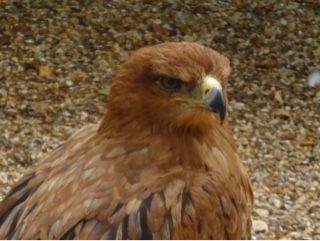 After a really lovely day at the Hawk Centre we took a river trip from Poole to Wareham. Wending our way past Poole harbour we passed several large ocean going ships. 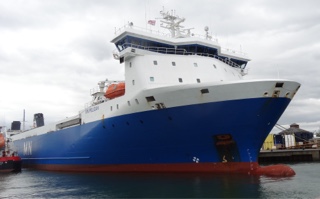 And here we are docked in Wareham where we had a quick lunch and a short walk around the town. 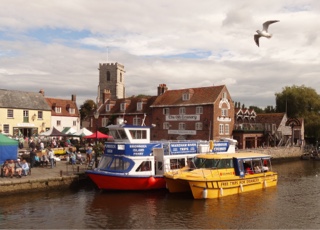 Then on to the country house and estate of Kingston Lacy, near Wimborne in Dorset. It has been owned by the Bankes family since 1632 and was bequeathed to the National Trust in 1982 by Ralph Bankes. 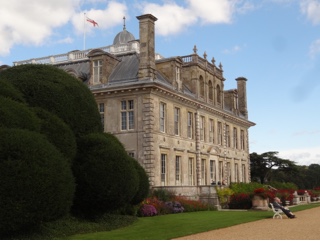 In the Loggia ithere's a shrine to his ancestors is this splendid full length bronze figure of King Charles First. 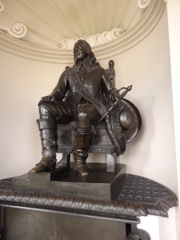 Walking round the house we came across many lavish decorations. 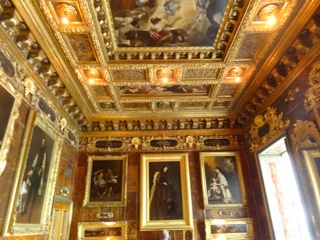 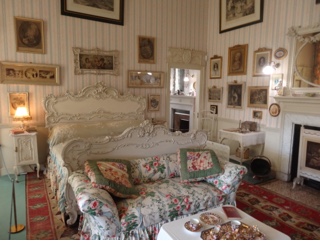 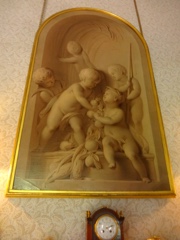 Including examples of some of William Banks Egyptian collection. 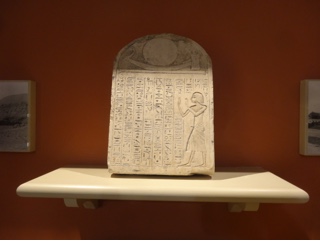 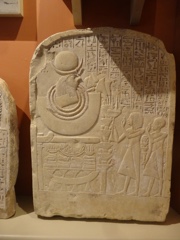 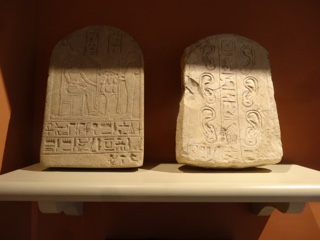 Suffering lately from very painful arthritis in my knee, my young friend  took a walk around the gardens leaving me sitting on a bench by the side of the house. As I phoned the owner of the B&B we were due to spend the next couple of days in, while taking down his satnav address on the map of his village, a sudden gust of wind blew the map, telephone number and satnav details out of my hand and over my shoulder. Not being quick enough I watched it waft over a fence and down to the very private garden where it settled. When MYF returned I showed her the map's resting place - at the bottom of the steps you can see on the right of this photograph. 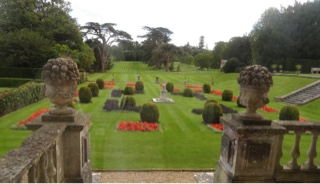 As she never trespasses anywhere, not even stepping on grass when there's a path close by, I assumed she wouldn't venture into the private garden. But she did and retrieved the map, on her reasoning that they would rather not see litter in the garden.
Not far from Kingston Lacy, and in total contrast is Clouds Hill - the home of T.E. Lawrence known to most of us as 'Lawrence of Arabia'. 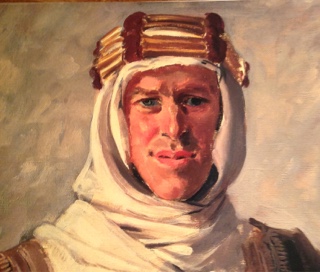 We visited T.E.lawrence's house. Which was an interesting experience, as we were issued with small torches as we went in. The reason being that the cottage has no electricity. 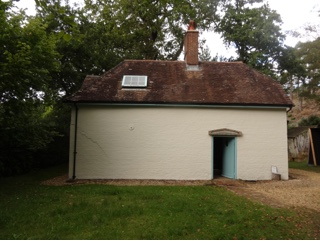 This is the book room 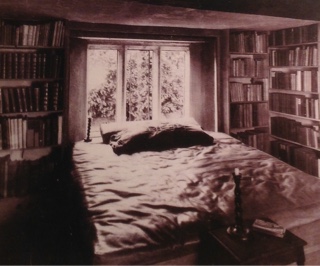 And this is the music room 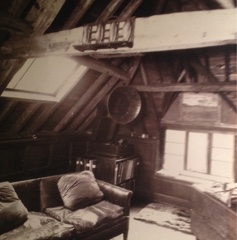 The cottage had been built in 1808 as a simple labourer's dwelling and was probably once the home of a forester on the Moreton Estate. When Lawrence bought it was dilapidated as it had been unoccupied for years. To pay for repairs he sold the gold dagger made for him in Mecca during the war. In a small outbuilding a short film of Lawrence's life was playing and showed a photograph of the motorcycle upon which he tragically died.
Finally arriving at the B&B we were welcomed by a very interesting man. And on Saturday evening my old friends John and Jo Nagle gave us dinner at their home in the same village. They used to manage Videophonics in Henley - and are sadly missed. We popped in to John's workshop where he showed us his beautifully restored Austin 7. It was the first car he ever owned. He sold it over 30 years ago but after extensive research found the current owners and bought it back from them. Currently he's fitting a satnav in the car keeping the housing to reflect the age and style of the motor.
Tuesday was the last day of bowling at the club for the season. Have to wait till next April to start again.
So now back to my second boat painting of the month - I'm calling it "Nine Dunkirk Little Ships".
Just come back from London after helping to select the final exhibits for next week's Royal Society of Miniature Painters annual exhibition. And I also chose the winner of the Mundy Sovereign Award for the best portrait.