Last weekend dawned gloriously sunny again so we made our way to one of my favourite events of the year - The Traditional Boat Festival. Lady McAlpine has organised it for the past two years and she has done wonders. My young friend and I strolled down by the river bank till we came upon my friends Jackie and Tony Hobbs. Tony's family have been in the boat business for generations. They invited us on board their umpire launch Enchantress for an hour long trip between Marsh and Hambleden locks. Enchantress is now 103 years old. 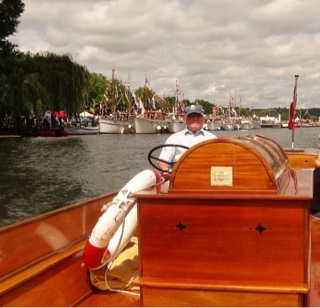 We passed by a small flotilla of Dunkirk Little Ships, These were the original boats that travelled across the channel to save the troops stranded on the beaches at the beginning of the Second World War. About sixteen came to the Festival this year.

Here are a few photographs of some of the scenes. Here a Dunkirk boat passes by three small craft nestled by the riverbank. 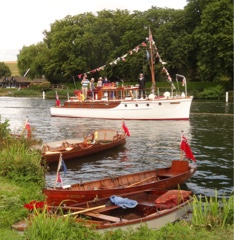 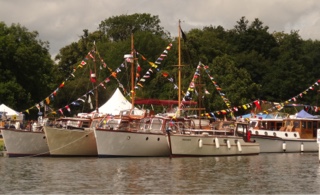 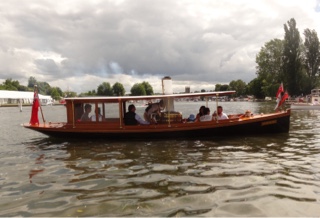 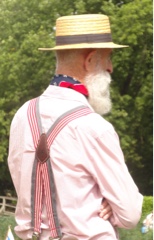 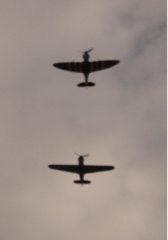 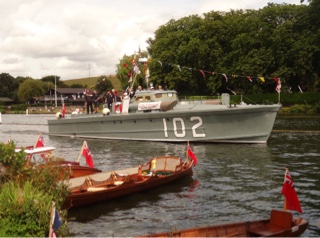 And the wonderful Royal Barge - the Gloriana. 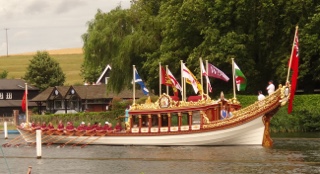 I wonder how many of you have heard of the Piddingtons. It was in 1949 when this Australian couple - Sydney and Lesley - arrived in England. They were magicians and specialsed in mind reading. For example, on one occasion Lesley was in an aeroplane flying at over 20,000 feet having been thoroughly  searched by an independent witness and being interviewed by Gilbert Harding - one of the most famous broadcasters at the time. Sydney, meanwhile, was in a studio in England where someone in the audience drew a picture or gave him a name. Then, by thought transference, Sydney sent the picture to Lesley who correctly relayed it to the people on the aircraft. This was just one of many examples of thought transference the Piddingtons entranced their audiences with. I mention this because last Tuesday Debbie invited me, a neighbour and her family to a performance by the Deans, a young American couple who emulated the magic, or thought transference, of the Piddingtons. After a lovely tea on Debbie's verandah we were whisked off to Barnet in north London by a stretched limousine. 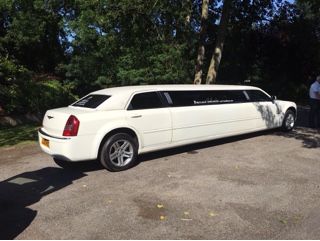 I said 'whisked' off to London but as soon as we hit the M25 we were in a two hour traffic hold-up. Luckily the driver had allowed a lot of extra time for the journey. Even though it was the hottest day of the year, with the airconditioning and bottles of champagne in the limo, we all had a fun time. 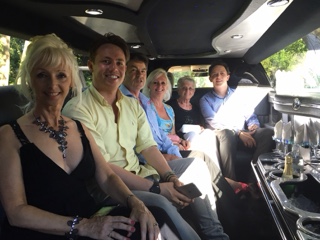 The actual show was held in a small theatre called the Bull which had once been a pub. Our seats were right in the middle on the second row, immediately behind the Mayor and Mayoress of Barnet and two professors (to authenticate the Dean's performance). An interesting evening was had by all. The man who introduced the act and showed film clips of the Piddingtons was the famous magician and mentalist, David Berglas. We joined him after the show. I was interested to learn that he was approaching his ninetieth year. (Debbie went to his 90th birthday party yesterday).
We fixed the mirror up in my young friend's garden over the weekend. 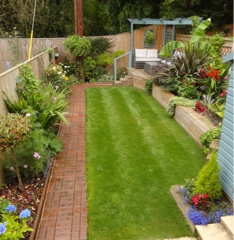 It's surprising how much it adds to the ambience of the scene. She also planted more canna lilies in the jungle area. 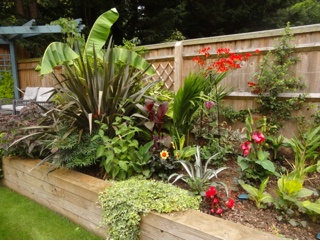 Last year we only had three apples on the espalieated tree but this year I've counted thirteen so far. Hope they all last the distance. 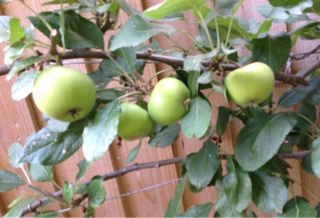 And the grape vine is racing along the top of the pergola and shows about eleven bunches of grapes forming. (That's eleven more than last year). 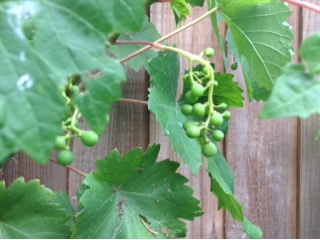 Finally I've started my big painting of the traditional boat festival, after two abortive beginnings. I tried it on a 'not' surface watercolour board but couldn't achieve the detail I wanted. The next effort was on an ultra smooth German watercolour board, but this time the paint blobbed too much and too quickly. So now I'm using a 'hot pressed' surface so hopefully all should be well.
Lots of activity on the river right now. On Saturday afternoon we called in to the annual Town and Visitors Regatta. This is a local regatta for the local people. Of course crews come from all over England to compete. But as I am a member we scoffed a Pimms or two in the members enclosure. Later we boarded an umpire's launch to follow a race. 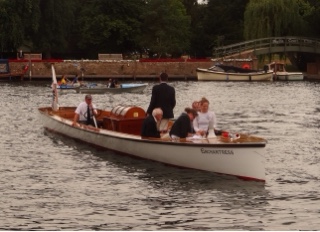 As we approached the start line I noticed the big hotel boat 'The Magna Carta' was moored near Remenham church. 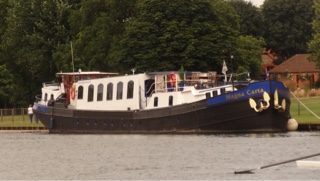 I mention this because next month an American friend of mine, together with four friends have hired it for a week. And we have been invited for dinner at the Captain's table. Should be interesting. We were following two quad crews - Oxford and Eton. Here's the view from our launch. 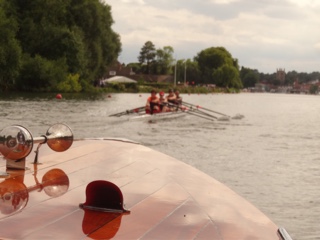 I'm not very good at buying clothes for myself. For example I went to Marks and Spencer in Reading last week to buy a few shirts, a couple of summer light sweaters, some socks and a tie. The socks and tie fitted (how could they not) but the shirts were all too small and the sweaters much too big. So yesterday evening my young friend came to the rescue and took me back to M&S where we successfully exchanged them for the right sizes.