From Thomas Edison to the Man on the Moon

On Wednesday morning the sun sparkled and we drove to Fort Myers to visit the Edison & Ford Winter Estates. 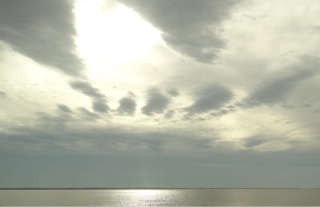 Thomas Edison was already a famous inventor when he looked for a warm escape from the cold winters at his New Jersey home. He purchased over thirteen acres along the Caloosahatchee River for $2,750 and built a home for himself, including an electrical laboratory. The whole estate was so peaceful and beautifully preserved. We could glimpse all the rooms through the windows. Here you can see part of his laboratory 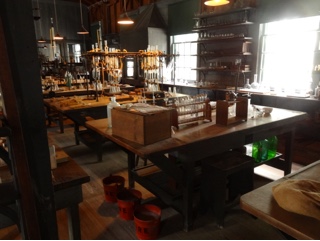 and one of his inventions. 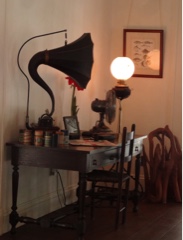 Henry Ford, his wife Clara and son Edsel came to Fort Myers in 1914 at the invitation of Thomas Edison to go camping in the Everglades. Two years later Ford bought the property adjacent to Edison's estate. They became great friends and together with Harvey Firestone and famous naturalist John Burroughs, went on many camping trips together. Here's a couple of Henry Ford's cars, kept in perfect condition on the estate. 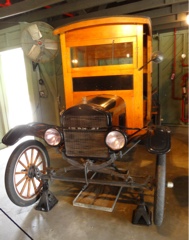 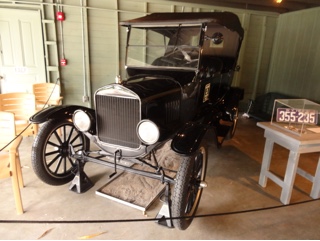 And here's a statue of Thomas Edison 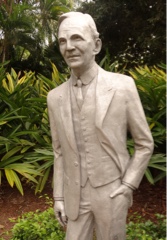 The hotel we stayed in that night had lovely views looking out to sea. 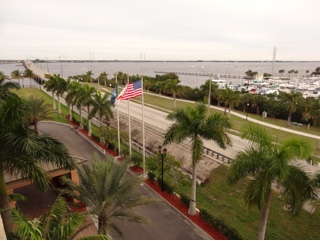 In the morning we drove quite a long way to Orlando where we planned to stay for two nights. We'd already booked and paid for a day at the Kennedy Space Center. Both of us had been there before but  as they invariably install new attractions, we knew there would be much more to see. The space shuttle Atlantis has now completed 126 million miles of space travel. Now an American icon it has found its final resting place. Awesome to see. 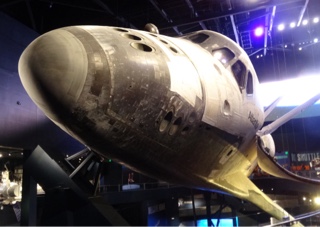 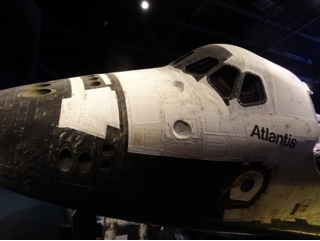 We were anxious to go on the two hour bus tour as it takes you to the launch sites and past the 'largest building in the world' and also boasts the largest American flag in the world (bigger than a football pitch) painted on its side. 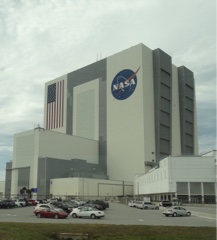 During the ride we saw a launch pad and the vehicle assembly building. Also the massive 'crawlers' that pull the space craft. (They use a gallon of petrol for each foot of movement!) We stopped to tour the Apollo Saturn V Center. When we were last there you could walk close by the original launch control room, but now we viewed it from a distance with the added enhancement of a film of one of the launches as the control room lit up below it. 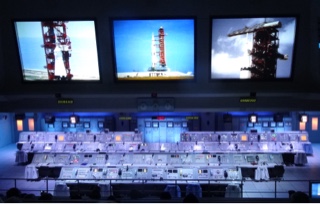 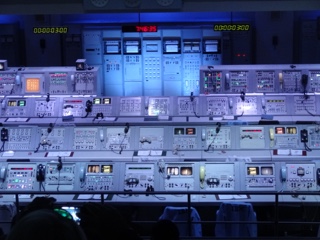 Once in the Apollo/SaturnV Space Center we could touch a piece of moon rock and be awed by the size of the largest rocket ever flown. 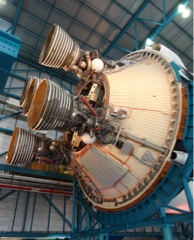 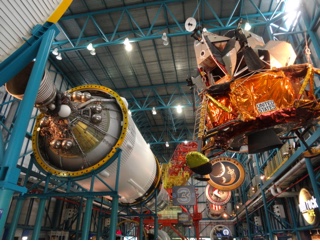 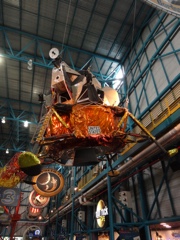 And this is at the bottom of the rocket - the part where the flames come out when they launch. 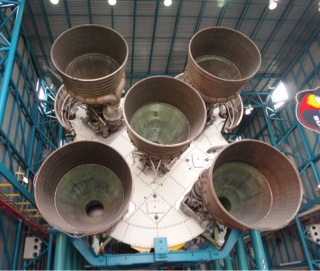 How would you like to be cramped inside this? 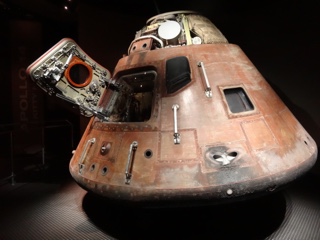 Back at the Space Center we went to an iMAX cinema to experience 'Journey to Space in 3D.' This very interesting film explores NASA's past and current projects, including the future planned journey to Mars. We enjoyed roaming round what is called the 'Rocket Garden'. 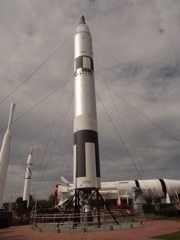 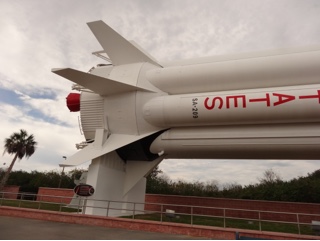 One last look at a spaceman in full space gear. 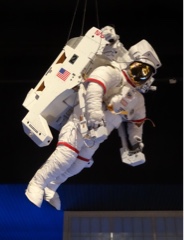 I would have liked to have gone on the 'Shuttle Launch Experience' but my young friend didn't want to and was worried that my motion sensitivity might be a bit of a concern. But we had had a really nice day so we left at about four in the afternoon to get back to Orlando as old friends of mine - Michael and Sandra Ashington-Pickett. They had invited us to dinner at their house. I'm very bad at remembering names so it was lucky that they had also invited their daughter and her husbandd who also happen to have the same names as my young friend and me. Many years ago when Michael and Sandra spent their children's long summer holidays in England I had painted both their portraits in oil. So it was interesting to see the paintings 30 years on in their final resting places. 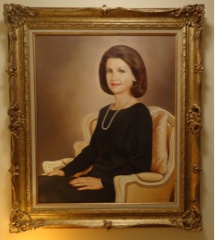 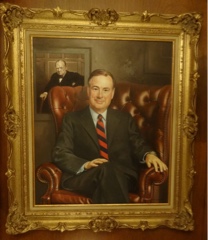 And as you can see by the portrait of Churchill I'd added to Michael's painting, he is a fan of the great man. (So he was delighted with Boris Johnson's book about Winston Churchill which as I mentioned in a previous blog Boris had kindly signed it personally to Michael). It was a lovely evening and Sandra had really gone out of her way to make a magnificent Floridian feast for us.
Now we are heading to Dunedin on the west coast for the Miniature Art Society of Florida's annual exhibition. But on the way we plan to visit Walt Disney's 'Hollywood' theme park.