A voice from the past.

It's always nice to hear from someone you haven't seen for ages. So the other day when Ted Hunt telephoned I was really pleased. Ted was the Bargemaster to the Queen when I painted this miniature of him over twenty years ago. 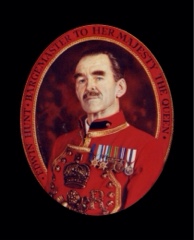 Ted came to Henley with the Royal Watermen during a Royal visit and he agreed to pose for me dressed in all his scarlet finery. He told me that he's just launching his web site and wanted to make sure I was happy with the wording when he described the miniature and its current location. He knew that it was acquired by the Cincinatti Museum of Art in the USA where it now forms part of the Museum's  permanent collection. Ted is now ninety five years old - he sounds about fifty. He must come from a long-lived family as his twin sisters will be celebrating their hundredth birthdays in a few days time. That must be an almost unique occasion. Hope the Queen sends them special congratulation messages.
Yesterday my young friend, Val, and I, went to the Henley Show. We took a picnic as I had reserved a special parking space by one of the rings. Funny how people see things - MYF had only ever seen photos of me in my school uniform in black and white so she was quite surprised when I told her that this rider's Royal blue blazer was exactly the same colour as mine at Woodley Hill Grammar School. 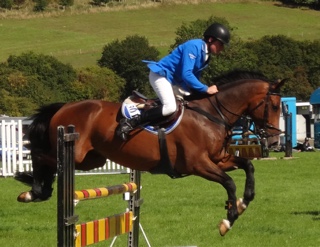 We always enjoy the Henley Show - there's so much to see. Here's a few of the sights we saw as we wandered around in the afternoon. 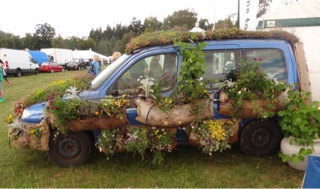 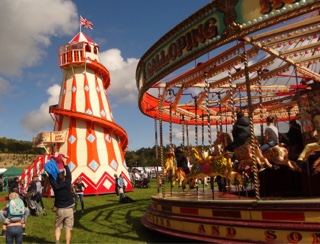 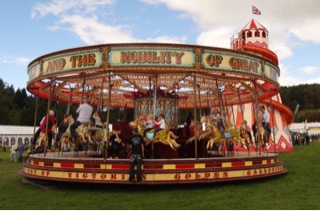 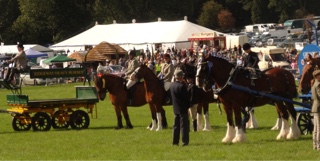 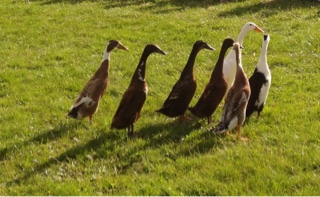 Among the many sideshows were two coconut shies. I tried to win a coconut as a friend who knew I was going to the show specially asked me to win one for her. I failed at the first shy but managed to knock one off its perch at the second one. Here's the winning throw. 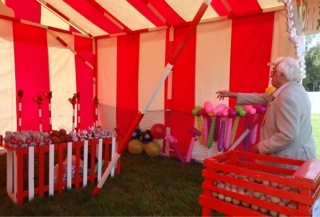 We went to the Regatta for the Disabled last Saturday. It's good to see how much fun they have there. Apart from watching the dragon boat races there are many other boats offering free rides. This is the end of an exciting finish. 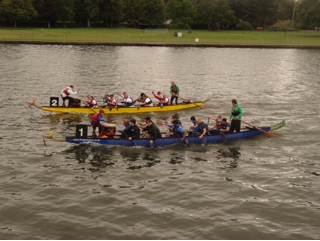 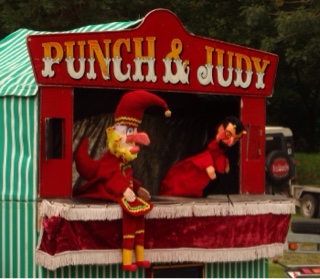 Now is the time for fetes, shows and other like activities here in the countryside. And once again Greys village held its annual village fete in the lovely grounds of Greys Court. The Goring and Streatley band was in full swing

Here's a little bench tucked away in a corner with carved hedgehogs on the side and all held up by a little owl. 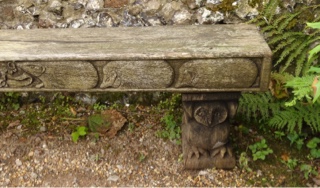 Apart from the many fruit gardens there are lovely walks in the extensive grounds of Greys Court. Next to the ha ha is a moongate and bright red Chinese bridge. 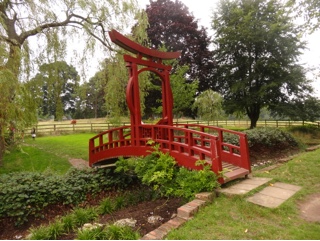 Which gave me the idea to design a small Chinese bridge to span a corner of my young friend's garden. She's apprehensive at the moment at what I might do, but she needn't worry as I'll never do anything that she doesn't like - It's her garden anyway. But I have started making a scale model, however am having difficulty making the bridge itself. We'll see how it progresses.
Just finished this miniature which I'm intending to send to the Miniature Art Society of Florida's annual exhibition next month. It's called 'The Young Monk' 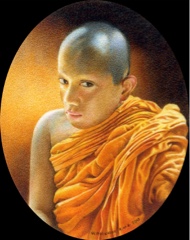 I had a flood in my kitchen last week. Always a big worry as I'm afraid water will seep through to the flat below. It was next to the washing machine so I called in the appliance man who gave it a thorough check and thought there may have been a kink in the hose. There wasn't. So next day the water was all over the floor of the kitchen. My plumber, Tony Little, is really on the ball and came over within an hour of my phone call. It took a while, but after sawing away in several places at the kitchen wall he found the leak. A minute pin-prick of a hole in the copper piping. Thank goodness. I now have to wait for a week or two for the whole area to dry out before he can rectify the damaged woodwork.
The other day the daughter of an old friend who lives in Germany asked me if I would send a video with greetings to her parents who would be celebrating their 25th wedding anniversary that week. My neighbour, an ex diplomat and fluent German speaker, coached me so I was able to add a few words in German to the message. We had a few laughs during the recording and I hope what I finally sent was not too ridiculous.