We visited Anglesey Abbey near Cambridge the other day. It was the coldest day of the year and everything was encrusted with a hard white frost. 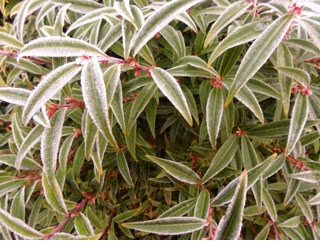 Lord Fairhaven bought Anglesey unseen at an auction when he was thirty years old. The son of a wealthy oil family. A community of Augustinian canons built a priory here sometime in the reign of Henry I but were expelled in 1535 during the dissolution of the monasteries. Lord Fairhaven used his vast wealth to indulge his interests in history, art and garden design. As the house is closed to visitors during the winter we wandered through the wonderful winter gardens. Colour was everywhere, sparkling in the morning sunlight. 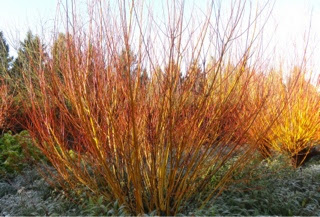 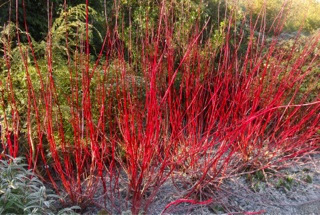 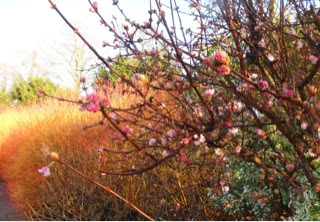 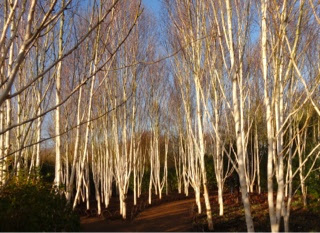 As I was remarking to my young friend how incredibly white they were a passing lady (obviously a regular visitor) told us that the trees were regularly pressure washed.  No wonder - we carried on as if we were walking through a magical forest. Finally we arrived at the Lode Mill. 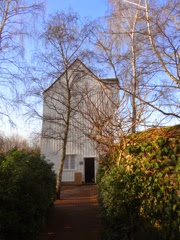 Unfortunately it was closed so we walked by the river passing this view of the extensive grounds. 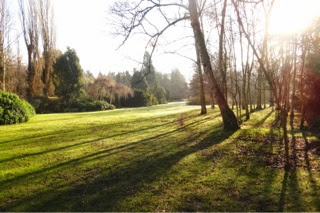 We'd been told earlier that a small tour of the Abbey was about to start which would demonstrate the methods used to conserve the contents during the winter when the Abbey was closed to the public. 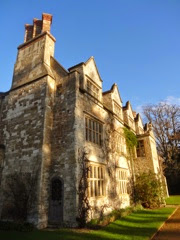 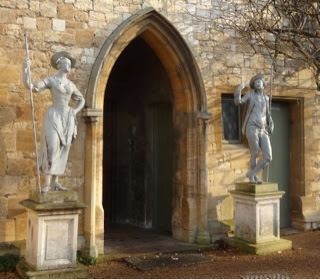 Entering by this door we learnt a great deal about every aspect of the preservation. Even to handing round a heavy bag of dust collected in one day. All the furniture was covered in dust-sheets and one of the conservators showed us a collection of different size brushes made of the hair from a variety of animals. Each had its own use - for cleaning brass, paintings, silver, glass, wood etc. To keep the floor clean each of us had to put overshoes on as we walked around the house. Here are two large thingermebobs - I've no idea what they are. 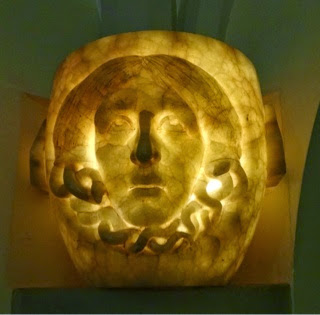 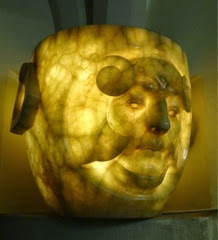 One of the rooms was adorned with a great collection of paintings. This one by George Stubbs is a bit difficult to see as the light streaming in from the windows patterns it. But good to see a work by the master of animal painting. 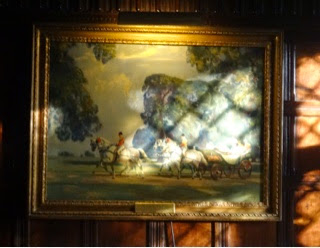 A last look around the gardens before we left. A really nice day. I hope to go back to Anglesey in the summer and have a tour of all the rooms without the bevy of cleaners at work. 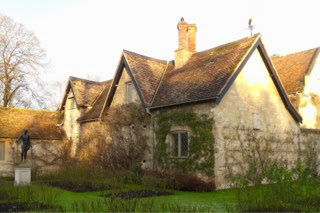 We arrived back in Henley in the late afternoon on New Years Eve. Jilly Adams had invited us, together with a few other friends, to celebrate the new year at her warm and homely cottage in Wharfe Lane. As 2015 approached we watched Big Ben count down the seconds in London. 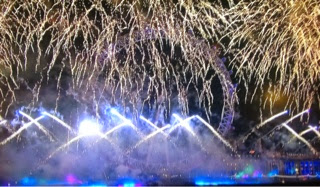 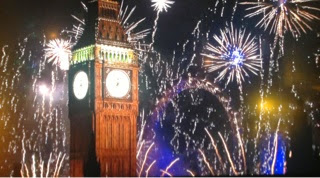 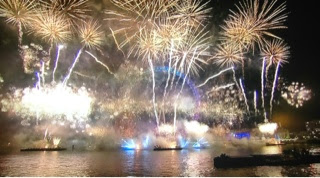 And so we welcomed the New Year. What will it bring? Happiness, good health, and prosperity I hope.
The following day I got back to my current painting, and yesterday finally finished it. Life size, it took nearly 250 hours to paint and as I was only using the point of a size 1 Kolinsky sable brush, I wore out six of them. It's entitled 'The Inscrutable Smile' 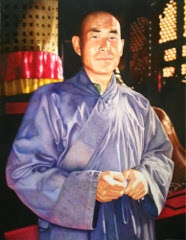 I had intended to submit it for the BP Portrait of the Year exhibition at The National Portrait Gallery but the other day, when reading the submission rules, I discovered that watercolour paintings are not allowed. Oil, tempera and acrylics are eligible but inexplicably not watercolours. (A witty friend of mine suggested that BP the oil company, has an aversion to water). So I'll be entering it in the annual Royal Society of Portrait Painters Exhibition instead.