I've just been watching the television programme called Hotel India. It's a lovely series about the Taj Mahal Palace Hotel in Mumbai. 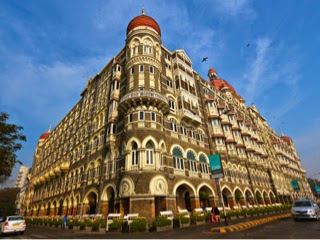 When I was in advertising, India was part of my territory and I travelled there often. And always stayed in the Taj when I visited our Bombay office. It reminded me of one of my visits - I'd called in to Rome on the way to  India and while there had bought a beautiful but very expensive dark green Brioni jacket. Wearing it on the plane it had got a bit creased so when I arrived at the Taj I asked them to iron it with care. As I was settling in my room our general manager Tuku Ganguli came in. Soon after the jacket arrived back but had been ironed with a too hot iron as all the seams at the back showed through looking shiny. I exploded with rage (I was a bit more volatile in those days) and went on a bit about how expensive the coat was and now it seemed ruined! Tuku looked at me, and although I was his boss, told me in no uncertain terms that the cost of that jacket would keep twenty Indian families in food for over a year. I must admit I felt very humbled.
My cousin Paul has commissioned me to make a portrait sculpture of him. This will be my first sculpture commission - so I'll have to make doubly sure it's a good likeness. I can't start for about  three weeks as my teacher is going on a cruise. But in the meantime I'm at the 'messy' stage of my sculpture of Brian Hill. Here it is. 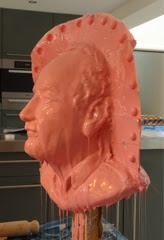 He looks a bit like a Mohican, don't you think?
Last Sunday we went to the Greys village fete. Held at Greys Court, the former home of Sir Felix and Lady Brunner it raises quite a lot of money for the village. This year was the best ever. I've never seen so many cars completely filling up all the car parks. It was a lovely day and this was the scene that greeted us. 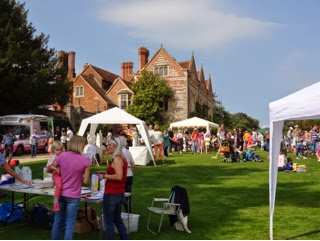 I had a go on the rowing machine (veterans class) and didn't do too badly. Mind you I didn't put my maximum effort into it as my young friend was afraid, with only half a lung, I might over exert myself. 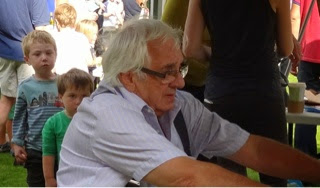 The sun shone, and the band played. The wooden carving of the old gardener looked down on us with his enigmatic smile as we walked around the gardens. 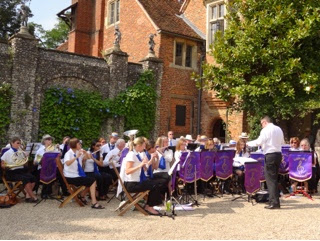 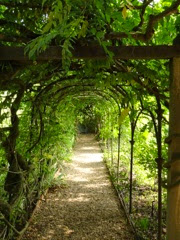 Yesterday afternoon we picked up my cousin Jim and sister-in-law Val and went to the Henley Agricultural Show in Hambleden. Being a member I was able to park the car right next to ring one. Both Val and my young friend made picnics so we had mountains of food and a big variety of drinks. Jim brought a nice bottle of pink champagne to start the day off in style. There's always lots to see and do at the Henley Show. One of the main events this year was a demonstration of wood cutting. About a dozen machines lumbered into the ring - from the humble woodcutter with his axe to great big machines that converted large hunks of trees into logs and clippings. There were a couple of tree surgeons who climbed trees brought in upright on a lorry. 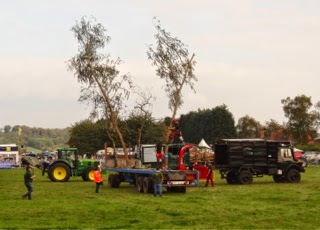 Wandering around the grounds here are some of the sights. The dog you can see with his handler was amazing. It was a pointer and true enough it just pointed its nose to the ground and didn't move a muscle for ages. As if it was a frozen image. Apparently some pointers can stay in the same position for hours without the slightest movement. 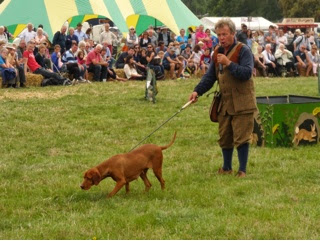 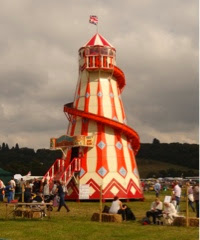 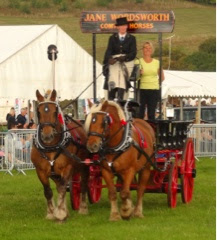 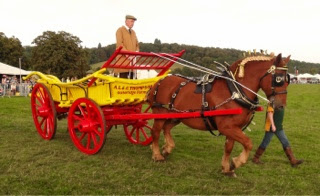 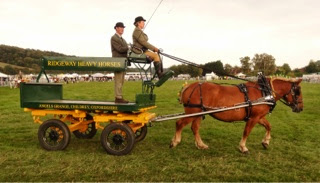 And for a topical vehicle this was a First World War truck. 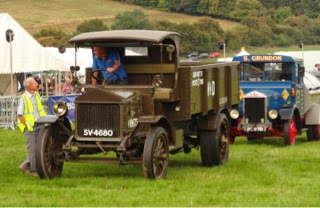 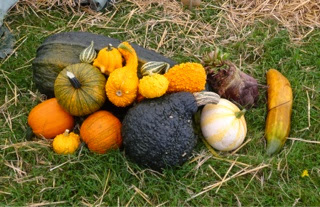 My young great niece, Kate, is fast becoming a whiz at 'Words With Friends' - it's a scrabble-type game played on the computer. I play it with a few friends on a regular basis. But Kate - she's eight years old - has a wonderful vocabulary. She's beating me on our current game - another humbling time for me!
This big Virgin hot air balloon sauntered past my window the other day. It came so close I could even wave at the people in the basket. I'd love to go up in one. When my brother Bob and Val went for a trip in a hot air balloon some 20 years ago as they passed over a garden in High Wycombe the whole family below suddenly laid on their lawn and spelt out the word 'HI'. 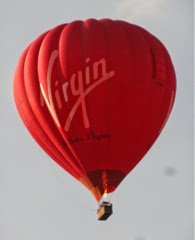 Worked hard this week on miniature portraits. I have two to do for a client's 10th wedding anniversary. The little girl is finished and her mother's portrait should be ready by Tuesday morning. Whew! The deadline is Wednesday.
On Friday Paul and Debbie invited us out for dinner at the Spice Lounge in Wargrave. Such a nice evening - I adore the sizzling prawns they serve there. Debbie's father, Pat, died two weeks ago. Such a lovely man. Kind, witty and funny, he was a superb gardener. I went to his funeral in Chessington on Thursday. He'll be sadly missed. A quiet gentleman. Three of his grandchildren gave beautiful eulogies in the church.