The Colours of Autumn

Braving the driving rain, Val, my young friend and I decided to visit Ramster Hall on Saturday. We seemed to have chosen the wrong day to see the autumn tints as the venue we’d chosen was over an hour away and on the way we certainly saw a selection of English weather. Not only rain, but over 15 minutes of very heavy hailstones, then thunder and lightning. But, as if by magic, it cleared a few minutes after we got there so we were able to stroll in the grounds and take pictures of some of the lovely Acer trees. Ramster Hall is only open two weekends at this time of year so luckily our journey wasn’t wasted. here are some of the trees in all their glory.
﻿ 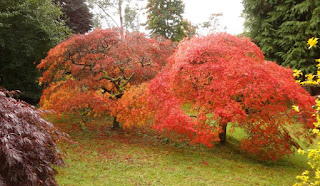 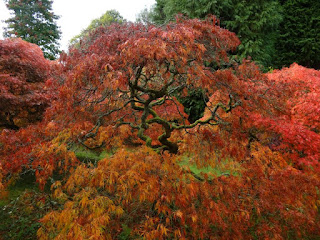 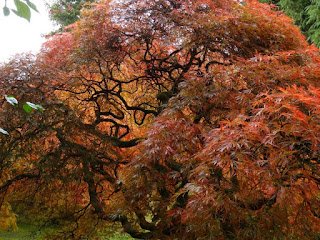 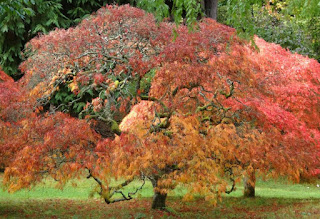 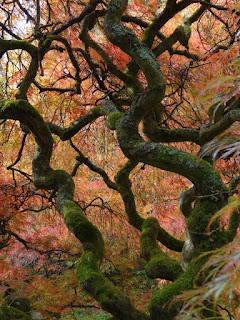 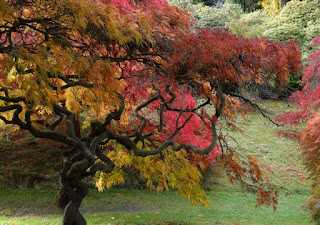 In a clearing we came across this little collection of bronze statues of children dancing around. 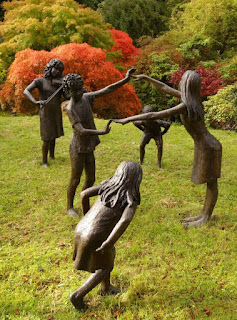 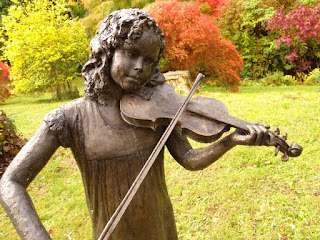 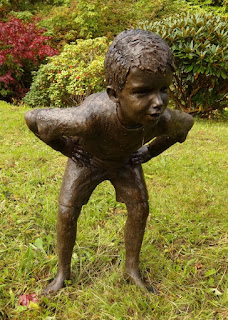 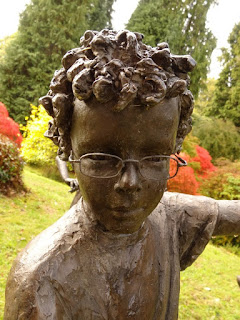 And a little lake complete with herons.
﻿ 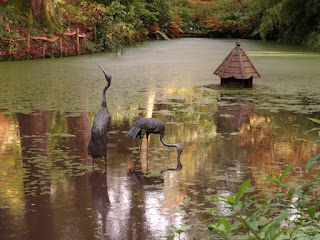 On Wednesday, the Mayor of Henley, Elizabeth Hodgkin, and husband Richard came with me to the opening of the Royal Society of Miniature Painters Annual Exhibition at the Mall Galleries in London. It’s always nice to meet up with so many of my friends from the miniature-painting world. Amongst my seven miniatures exhibited I discovered that the sepia painting of ‘Jane in Lace’ had won the Bonhams Portrait Miniature Award. 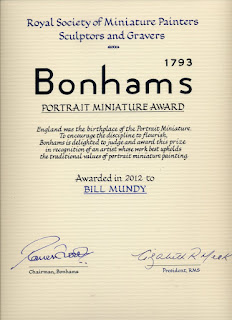 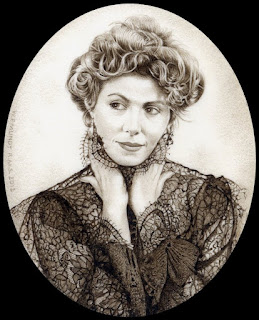 Jane herself arrived shortly afterwards, as did Paul Ludwig – The Royal Bargemaster and his wife. Here are Jane, Paul and Elizabeth standing in front of their respective miniatures.
﻿ 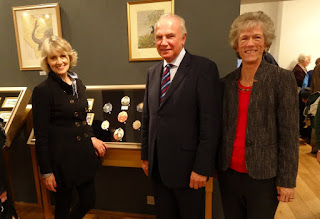 Arriving home in the early evening I called in to see Vince and Annie Hill – just in time to be caught in the midst of a violent thunderstorm and torrential rain.
It’s been a good week for painting and I’m really excited with the large commission of the High Sheriff of West Midlands. On Thursday I spent over 10 hours painting his highly decorated silver sword.
Yesterday was my sculpture day and I’m getting on well with the head of my young great nephew, Max. A new student joined the class and surprised me by telling me she was the godmother of my great niece, Kate – the sister of Max. It transpired that she is about to make a bronze head of her son who happens to be Max’s best friend. It will be very interesting to compare the boys’ heads when we finish them.
Shirley and I went to the shed in the garden to check on the progress of a plaster cast I made last week of Rolf Harris’s head. I’m intending it to be a Christmas present for Rolf, and had bought a tin of copper-coloured Hammerite paint to cover it with. It’s drying a bit shiny, so I hope I haven’t made a big mistake! 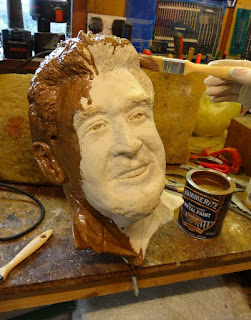 The other day I read about the death of Sylvia Kristel. If you remember she was the sultry, erotic, star Emmanuelle, the bored young housewife of a diplomat in Thailand. I mention this because it reminded me, as I was living in Bangkok in the ‘60’s when I met Maryat Adrianne. She was married to a young French diplomat and was, at the time, in the midst of writing the book ‘Emmanuelle’. I’m sure she had no idea then what a phenomenon Emmanuelle would become when it became a film. Based on a lot of her own life I went to a couple of their parties, but not the wild ones I subsequently heard about from Keith, our Research Director, who did.