On Sunday afternoon Louisa drove Val, Max and me down to Portsmouth for a very special occasion. Neil, my eldest nephew, had been chosen to be one of the torch bearers for the Olympic Games. We arrived early and parked the car on the very road that Neil was expected to start his run from at 6.37 pm precisely. Following the crowd heading for the cauldron site we eventually met up with the rest of the family – over 20 of us. 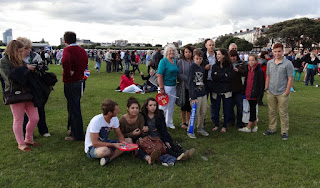 After a while we walked back to the place where Neil would be handed the flame. I must say, much as I deplore  the over commercialisation of the Olympic Games, I was very impressed with the organisation on that day. Neil was deposited exactly 9 minutes before the allotted time for the handover, as planned, giving everyone lots of time to take photographs.
﻿ 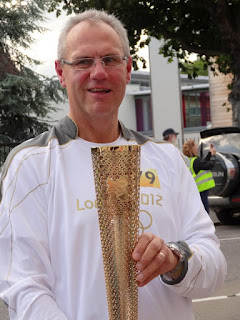 Neil was nominated to be a torchbearer for his many fund-raising activities. Principally he’s the leading light in an organisation called ‘Fishing for Forces’. Injured and maimed soldiers retuning from active service in such places as Afghanistan are taken by Neil for fly fishing weekends. These trips have proved highly popular with the forces. While we took photographs a young policeman ran up to him carrying a spare torch, complete with white cover, slung over his back and activated Neil’s torch. Here’s Neil with Val, his proud mother.
﻿ 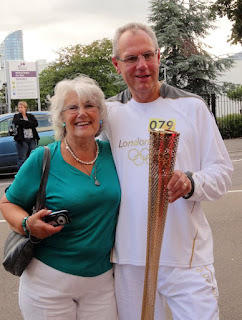 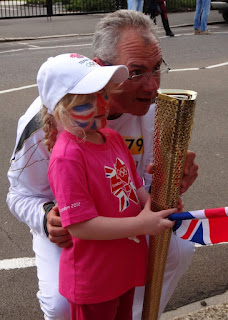 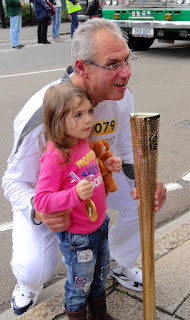 At the end of Neil’s 300 metre run he handed the flame over to Bianca Kopp from Vienna. She was nominated by the United Nations Office on Drugs and Crime after surviving a terror attack in Nigeria last August which killed 25 of her colleagues. 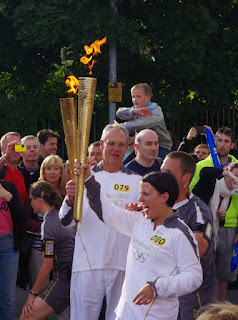 Evie, one of my great-nieces, (with ambitions to become an international travel photographer) took that photograph. Later we all walked to the site of the cauldron and waited for Neil to join us in the lounge of one of Portsmouth’s big hotels. This is a photograph I took of Evie while Neil sipped champagne given to him by the hotel manager, 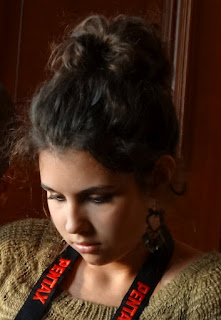 Incidentally in the few months leading up to Neil’s torch run he managed to lose three stone!


Today Elizabeth Hodgkin - The Mayor of Henley - came to pose for me as I plan to paint a miniature portrait of her in all her Mayoral finery- probably complete with her tricorn hat. In the meantime on Saturday evening I finished this pencil drawing of a friend’s young granddaughter. He made me a mahogany rudder for my dinghy in exchange for it. 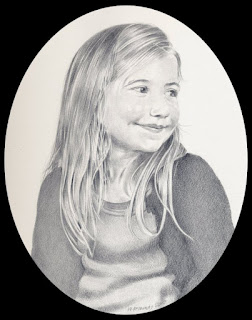