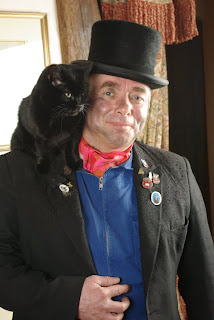 If you ring Kevin Giddings and are put on hold for a short while these are the words (from the film 'Mary Poppins') that you’ll hear coming from a friendly flue in deepest Sussex. Kevin - the cheeky chap above - is the Royal Flueologist. On Saturday morning my young friend and I set off for Crawley Down to meet, in non-Regal terms, ‘the chimney sweep to the Royal family’. 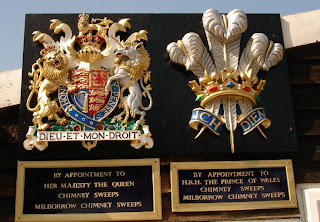 I’d met Kevin last October at the annual dinner of the Royal Warrant Holders held at the Guildhall in Windsor. He was the current president and I thought his demeanour, character and appearance would be perfect for a portrait. I plan to start a miniature next week and a large oil painting later in the year, and took a number of photographs of not only Kevin but a few of one of his three (lucky) black cats. Maybe I’ll include his genuine Victorian flue brush as well. It even has a little wheel on the top for more easily manoeuvring round the corners of some of the larger chimneys. Like this one at Hampton Court Palace which Kevin has climbed into (when the fire is out!)
﻿ 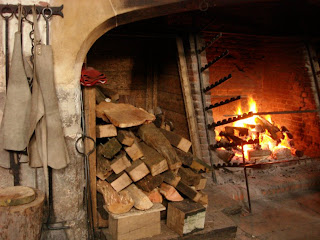 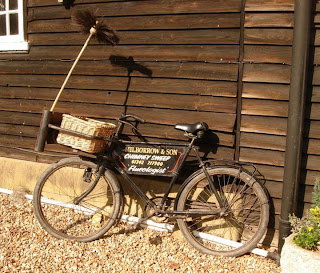 And some of the beautiful chimneys he’s collected 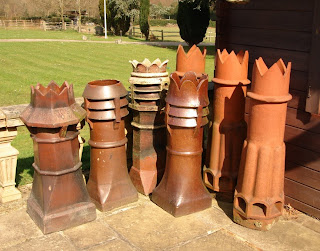 Kevin’s daughter is a very good rider and later in the morning we were invited to see her at the Old Surrey Burslotow & West Kent Hunt as it assembled. (The Old Surrey is one of the oldest established hunts in the country and is the original hunt of Jorrocks. Sir Winston Churchill also rode to the Old Surrey hounds). But before we left I was intrigued with this model horse that she’d made. 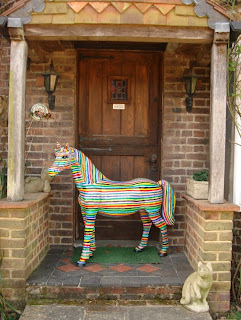 And even more intrigued by these ‘hit’ symbols on Kevin’s son’s khaki vehicle. 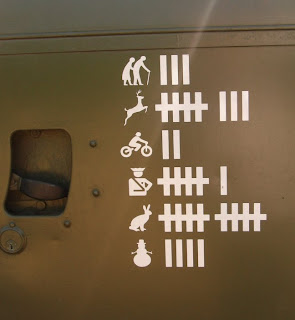 It was a glorious day when we arrived at the hunt and soon the horses and hounds were ready to move off. I love these occasions – typical English scenes. 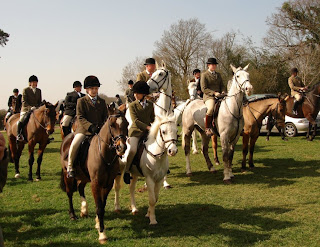 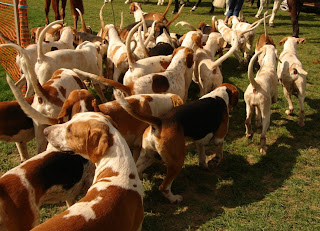 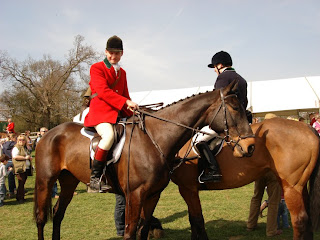 On the way back to Kevin’s house we took a slight deviation to Penshurst Place. My friend Joanne used to live there in the North Lodge with her husband Group Captain Chris Dalston after he retired from the Royal Air Force some years ago. The present occupant of Penshurst Place, Lord De L’Isle, is a member of the Sidney family who have owned the mansion since 1552. I took this picture of what I thought was Joanne and Chris’s cottage, but chose the wrong end of the estate as this is the Gate House. 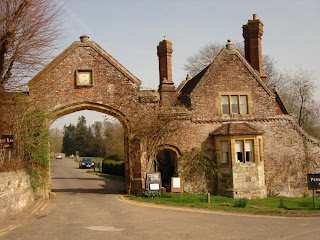 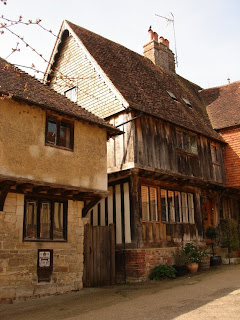 Last Thursday Val and Diane came with me to the Regal cinema in Henley where we saw a magnificent performance of Prokofiev’s Romeo and Juliet. (Kenneth Macmillan’s first full-length work for the Royal Ballet).

It was beamed live directly from the Royal Opera House in Covent Garden, London. The dancing was superb – especially that by Juliet in the last act. Supposedly dead, her limp form was so gracefully ‘thrown’ around the stage by her partner it was hard to believe she hadn’t really expired. Truly balletic.
This week I finished a miniature of Daniel. Daniel is a lovely little dog belonging to an American client of mine. I usually paint her daughter every couple of years, but this was a departure – and equally rewarding. The dog's owner has allowed me to show it to you. 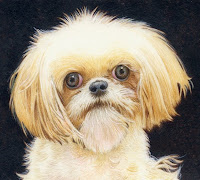 I’ve also just finished a painting that I intend to use as my next Christmas card. (I like to work well in advance). And as the Post Office is increasing the cost of postage stamps by about 30% next month I sent away to Edinburgh last week and bought 300 of last year’s Christmas stamps – at the current price.
On Saturday morning I’ll be driving up to London to pick up the two rejected works I submitted for the Royal Society of Portrait Painters annual exhibition. Unfortunately the large portrait of Rolf Harris I’d hoped would be selected, was turned down, but this small watercolour entitled ‘Farmer George’ was accepted. 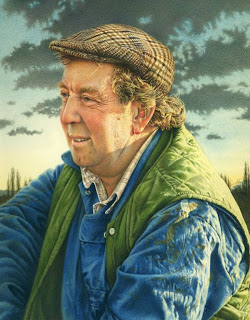 Sometimes I can be really haphazard. Yesterday, having just got a cheque for over a thousand pounds from the Building Society to give to the plumber, it disappeared! I searched everywhere for almost two hours – even went down to the dustbins and went through them. To no avail. Then I went to the post office to send off two parcels – one being 5 miniatures to Wells for the upcoming Hilliard exhibition and the other to Russia for the World Federation of Miniature Painters exhibition. But just before I posted them the thought crossed my mind that I might have accidentally put the cheque in one of the parcels. So I came home again and sure enough the lost cheque very nearly was on its way the Russia!
I must be getting old.