Fireworks at the Festival

Last Sunday I was invited to the Henley Music Festival. Each year it is held on the banks of the Thames at Henley in the week following the Royal Regatta. The weather was absolutely gorgeous – balmy and warm – even the slight breeze wafting its way across the river as dusk fell was not chilly. 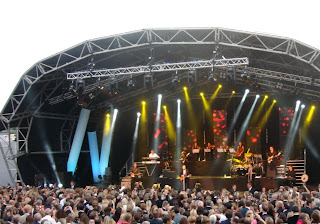 The star of the show that evening was Ronan Keating. Although the gates were not opened till 6.30pm a very loyal group of his fans – all girls – had apparently waited outside from 2am the previous night to make sure they could all get prime positions for his concert right next to the stage. 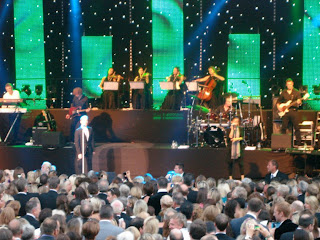 Apart from the lovely champagne dinner with charming companions and music supplied by an assortment of performers there were many examples of art and sculpture dotted along the lawns. 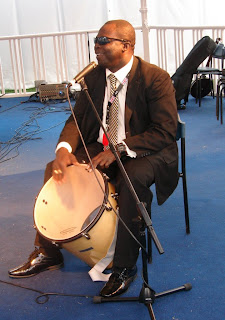 My companion for the evening was Joceline – a model friend of mine. Here we are posing against a very interesting piece of sculpture. 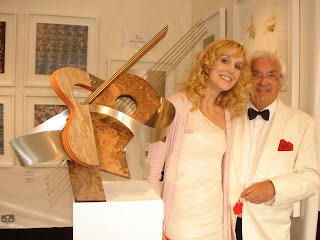 We were so lucky this year regarding the weather as for the whole fortnight of the Regatta and Music Festival the sun shone brightly every single day. How about this view at a garden party I went to last Sunday afternoon? The dappling of the sunlight made for a typical English country scene. 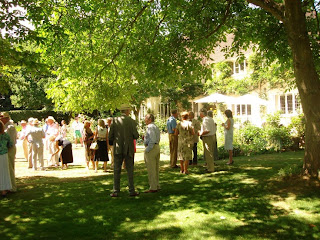 It’s now Saturday afternoon and I‘ve just come back from day one of the traditional boat rally held every year at Fawley Meadows. Every sort of craft you can imagine was assembled there. People picnic, some wear Edwardian clothes, others come in vintage cars, or even on penny-farthing bicycles. Scenes from ‘The Wind in the Willows’ were enacted by the riverbank. Here’s Mr Toad himself. 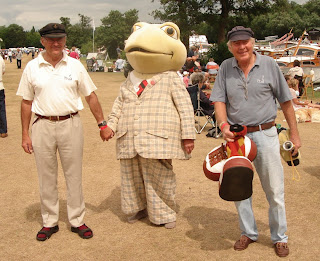 In the afternoon a flotilla of ‘Dunkirk Little Ships ‘ paraded along the river, and it was good to see that my old friend Raymond Baxter’s ship, ‘L’Orage’, was amongst them once again. It would be nice to think that Raymond, from his resting place in heaven, could see how lovingly his pride and joy has been restored by its new owner. 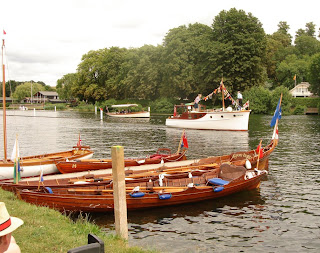 During the afternoon a Wartime Lancaster Bomber flew over very low as part of the celebrations. The sound of its throaty Merlin engines took me right back to my childhood days when we boys gazed up at the planes flying overhead. I’ll add a little snippet of video I took at the end of this blog.

I think my coot is a sex maniac! Not only did she lay a clutch of seven eggs and hatched five of them a couple of weeks ago (three of which survived), she’s been at it again and has now made yet another nest – and laid five more eggs. She’s also very clever, because instead of building the new nest on the bathing platform of my boat as before – which made it impossible for any of the new-born chicks to get back up to the nest once they’d fallen into the water, this time she’s chosen a location on the propeller housing which is level with the river surface. Ten out of ten for ingenuity and for learning by her previous mistake.

It’s not all been socialising for the past two weeks – although I must admit the Regatta, Festival and Trad Rally are major distractions – I did manage to complete the watercolour of the Hennerton riverside scene yesterday. I call it ‘River Reflections’ 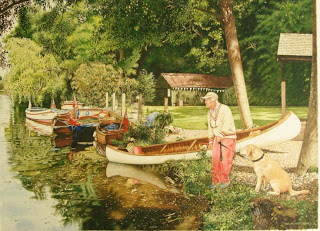 To end this blog with a bang here is a video showing part of the firework display put on by the Henley Festival on four of the evenings last week.