Apart from working hard on a couple of pencil portraits and getting about thirty paintings ready for my little exhibition at the Horizon gallery on the 18th I’ve not done a great deal this past week. Here’s one of the pencil drawings – it’s of Sebastian, age three. I took a series of photographs of him and his sister, Emma, last Sunday to complete the 4-portrait commission. 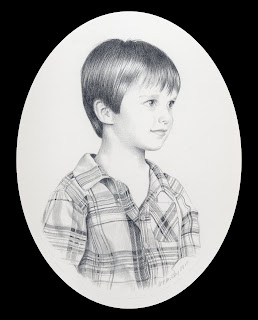 Yesterday a young friend and I made a round of the local art exhibitions. Starting with the Lemongrove Gallery in Henley who had a very nicely balanced collection of artists’ work on display. I particularly liked some of the quirky paintings by Sarah-Jane Szikora – here is an example of her work. It’s called ‘Ladies Wot Lunch’. 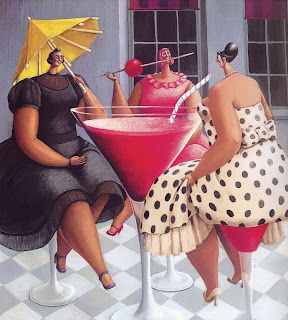 We then went up the hill to wander round the Barn Galleries. About 50 artists and sculptors had work there – a lot of the sculpture dotted around the extensive grounds. The barns are pretty big and are great places to display the paintings, small carvings, pottery and other works of art.
But the best exhibition of the day was Rolf Harris’s exhibition at the Lemongrove Gallery in Reading - I had been invited to the private view. Rolf is celebrating 50 successful years at the forefront of art in the UK. The diversity of his work is quite amazing and as I frequently visit his studio (I popped over there this morning for a late breakfast with him and Alwen) I can attest to how prolific and dedicated he is. Yesterday’s show is part of a travelling exhibition being staged all over the country, culminating in a large and comprehensive exhibition in London at the end of June. This oil painting entitled ‘Into the Sun’ was just one of the many wildlife paintings on display at the Gallery. 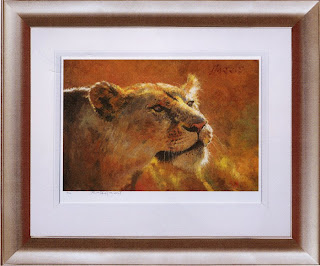 Rolf’s subjects range from portraits to landscapes, street scenes to vibrant Australian rocky formations, and nudes to African wildlife. To celebrate this centenary a beautiful book illustrating hundreds of his paintings has just been published. Rolf was kept busy signing dozens of them well into the evening at the gallery. Many limited editions on both paper and canvas were on display – and have become real collectors items.

The bluebells have finally come out this year. Winter had so delayed them that they are about two weeks late, but now they’ve arrived I intend to make a bluebell painting sometime soon. 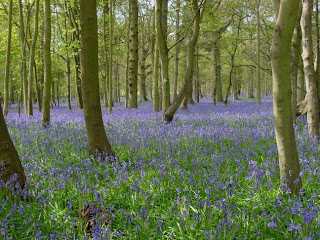 The little watercolour painting I mentioned a couple of blogs ago which I’d planned to be my next year’s Christmas card looks so unlike a painting that I’ve decided not to use it for that purpose – I’ll paint something else in the autumn when I feel Christmas approaching. But here it is anyway. 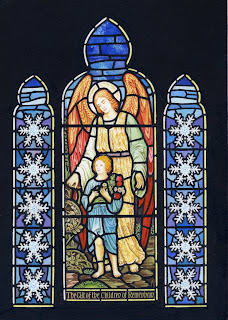 It’s now Sunday afternoon and it looks as if we are still in the realms of a hung parliament. (I wish the BBC wouldn’t keep referring to it as a ‘balanced’ parliament – it’s certainly wouldn’t be balanced as far as I can make out.) I just hope they’d get on with it and form a new parliament quickly. As far as I’m concerned the Conservative party has won the most seats, both Labour and the Liberal Democrats have lost seats, so hopefully by tomorrow we’ll have a new Government, without any significant compromises being made. And lets hope a halt is made of some of the more ridiculous ‘politically correct’ decisions, which seem to abound these days. As for the way the ‘Health and Safety’ laws are being carried out, just take a look at these examples.

Ten-year-old Jordon Lyon and his eight-year-old sister went for a dip into a water-filled pit near their home. Unfortunately the danger signs had been vandalised and not replaced. The little girl got into trouble, Jordan saved his sister but got into trouble himself. Two police community support officers arrived at the scene after answering an emergency call but decided they couldn’t enter the water because ‘they hadn’t been given the right training’ as far as health and safety rules were concerned. So what happened? Little Jordan drowned. The police insisted ‘ the correct procedure had been observed’.

When Kim Barrett saw a five-year-old boy stuck 20 feet up in a tree at a school in Wiltshire, she decided to help. The boy had been up there for over 45 minutes and was clearly very distressed. After Kim released him she was reported by watching teachers for ‘trespassing on school property’. She was then given an official police warning for her good deed!

At the age of 11 George Hall-Lambert was looking forward to starting ‘big school’ but he is allergic to nuts. So after his first few days he was excluded from the school because he needed an EpiPen. He was therefore deemed a ‘health and safety’ risk. A risk assessment took place and Government policy supported the school’s decision, as it was feared his teachers ‘might not have the necessary training’.

It goes on and on