Yesterday was one of those really good days. After a hearty breakfast I put a few pieces into the 3,000- piece jigsaw that’s been languishing on my dining room table for a while. It’s an old-fashioned illustrated map of the world and is, to say the least, challenging.

Next stop was the Kenton Theatre in Henley where a champagne party was being held for those of us who were helping in the project ‘Kenton For Keeps’. As you may know the Kenton is the fourth oldest working theatre in England and it is aiming to raise one and a half million pounds over the next two years. This will ensure the future of the Kenton as a theatre in perpetuity. Yesterday’s party was such a happy affair, and I met so many friends there. 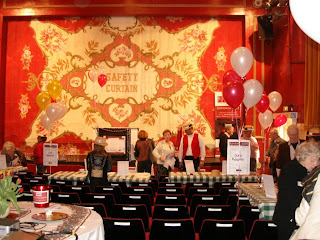 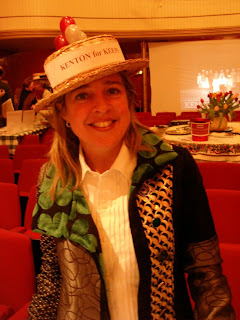 And Debbie McGee with ‘Mrs Mopp’ 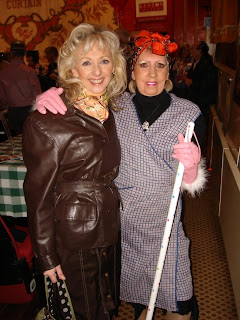 Apart from the champagne, they were serving delicious meringues, cake and coffee – which had to serve as my lunch because at 1.30 Brian and Jane Hill were picking me up to drive in to London. Using the Tom Tom Satnav I’ve just installed as a new ‘App’ on to my iPhone we very easily found our way to the Museum of Brands, Packaging & Advertising which is based near the Portobello Road in Notting Hill. The Museum is a magical place and features over 12,000 items on permanent display, from Victorian times to the present day. It’s like walking through a time tunnel of cartons and bottles, toys and advertising displays. 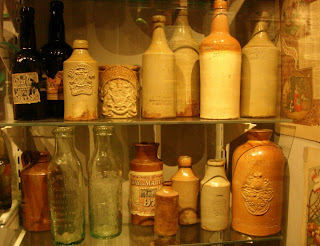 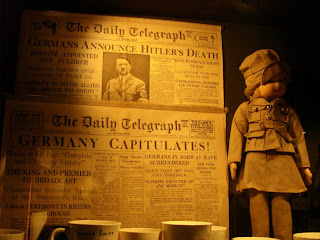 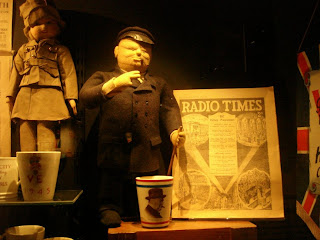 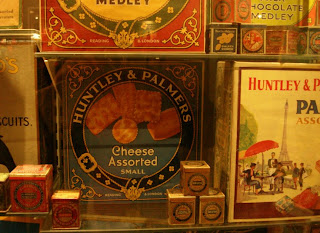 My reason for the visit was because, being a package designer in a previous life - when I worked for Huntley and Palmers as a biscuit tin designer, I was to be filmed for a 90 minute documentary. 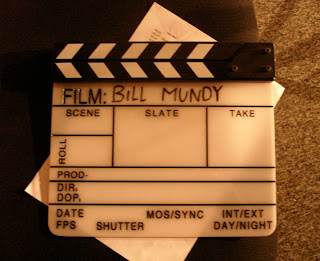 After being made-up I went upstairs where Robert Opie, the founder of the collection, was conducting the interviews. I’d been asked to spend some time walking around the museum and noting down anything that sparked memories of my youth, or of other times gone by. Of course with so much to look at, from old nine inch black and white television sets to biscuit tins (some of which I’d designed myself in the fifties), I was able to rabbit on in front of the camera about the Sobranie individually coloured cocktail cigarettes we youths used to smoke – mainly to impress the girls – and about the memories, during the war, of my mother’s favourite perfume (An Evening in Paris) and her favourite cigarettes (Craven A) all of which were there in the museum. I especially remembered the after-shave ‘Old Spice’ and here’s the little story I related to Robert.
“Having served my time as a National Serviceman in Singapore, where I was drawing maps for the British Forces during the Malayan Emergency, I was returning home on a York aircraft, when the most wonderful aroma drifted down the aisle. It belonged to a sailor who had recently been in New York. At the risk of sounding effeminate (those were the days when men very rarely used after-shave) I asked the sailor what he was wearing. ‘Old Spice’ he replied. It had just that month been launched in the USA. As soon as I got home I spent a large portion of my demob money on a bottle. In its white porcelain container it still resides in my bathroom cabinet. And what’s more, after 50 years, it still retains its aroma!” 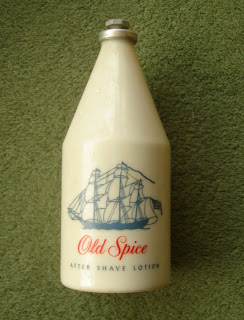 Jane was utterly transported by the memories she saw – especially the individual fruit pie she used to buy every evening at Waterloo Station on her way home from work. When she watched me being interviewed her enthusiasm was so apparent that Robert Opie asked her if she’d like to appear on camera as well. Which she did. She also, much to Brian’s delight, decided to donate some of her hoarded ‘treasures’ to the museum.

Eventually we negotiated the heavy traffic leaving London that evening and called into the ‘Little Angel’ for dinner, where we joined my neighbours, Chris and Nicky Williams, who had managed to find a quiet spot in the corner of the restaurant. Thank goodness, as the restaurant was extremely rowdy with the Henley rugby team and their supporters celebrating either a victory or a defeat – I didn’t bother to find out.

As I was home before ten, I framed and catalogued the miniature I’d finished on Friday. It’s of a Ugandan farmer. 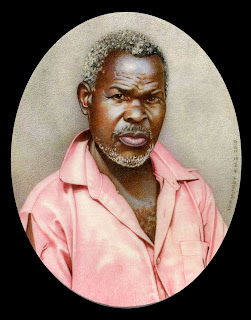 Then I relaxed in front of the TV till about 1am. And so to bed - as they say.