Getting My Head Down

Because of the snow and difficulty about getting around on the unsalted roads (why is England so far behind the rest of Europe in this respect?) I’ve spent most of my time painting for about 9 hours every day. Quite productive in that I’ve finished the large painting of a couple of friends, made a smallish sepia painting of Paul Daniels and am half-way through my third miniature painted in the last three weeks. It’s been good to gaze out of my window to a snow-clad river and countryside and to feel as snug as a bug in a rug while happily painting away. I’ve not done much else. How boring I hear you say. I did go to Reading yesterday to take a few paintings to be framed.

Here are a few of my latest efforts: 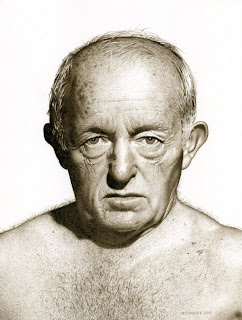 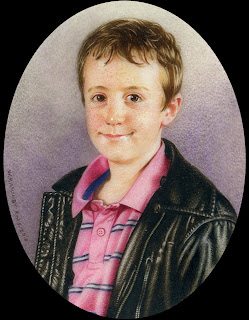 Miniature of Max - my Great Nephew

Still on a snowy note, my niece Louisa sent me this charming picture of Kate, her daughter, my great niece. 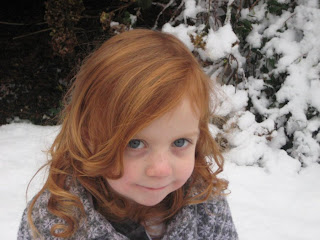 Finally, I had to laugh the other day when I read about Simon Williams (he’s the famous actor I painted last year). Simon lives locally - he’s an old Harrovian and is probably best remembered for his part as James Bellamy in the TV series ‘Upstairs, Downstairs.’ He was also starring as the evil murderer who died a horrific death in a gripping TV play last week. Apart from his acting skills, Simon is a talented playwright and novelist. In fact I’m going to his latest musical at the Mill at Sonning next week. Apparently the title (when it was performed in the Jermyn Street Theatre in London three years ago) was considered too risqué for us genteel rural folks here in Oxfordshire. Then it was called ‘Curtains Up! Lights Up! Cock Up!’ Now it has been changed to ‘It’s Never All Right On The Night!’ As his wife Lucy Fleming remarked “It was just thought to be a better name for this location…”