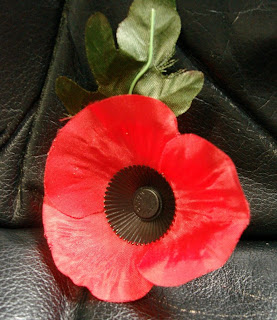 Last Wednesday, at the11th hour of the11th day of the11th month of the year Armistice Day was observed in Westminster Abbey in the presence of the Queen. A truly memorable event, especially as this year marked the sad deaths of the remaining survivors of the First World War – Henry Allingham, Harry Patch and William Stone. 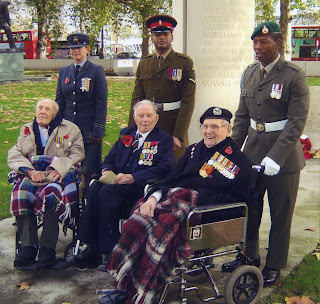 This is the last picture that William sent me – just a week or two before his death earlier this year. (He’s the Jolly Jack Tar in the wheelchair on the right). The service in Westminster Abbey was especially dedicated to these three veterans. Now (apart from a lone British survivor who lives in Australia) there is no one left who fought in that long ago and dreadful war. Anne, William’s daughter, had the great honour of reading the first lesson during the ceremony. She and her husband Michael sat at the front of the Abbey next to Margaret Thatcher and John Major.
The Abbey is where the tomb of the unknown warrior is located. I hadn’t realised until the other day, when a film was shown on TV, that at the end of the war a small group of soldiers went from mass grave to mass grave in the battlefields and returned with a small number of bodies – all unidentified. They were then brought back to England and placed before an Army Major who was blindfolded. He then tapped on the coffin of one of the bodies. This soldier thus became the unknown warrior. I wonder just how many relatives of the war dead have passed by the tomb wondering whether their son, husband or lover is buried beneath the black marble slab.

The colours of autumn were either blown away or washed away in today’s high winds and rain. However they were still there last Sunday when Val and I visited Joanne Dalston in the Cotswold village of Bampton. On the way we passed through the beech woods in Nettlebed where I took these photographs. 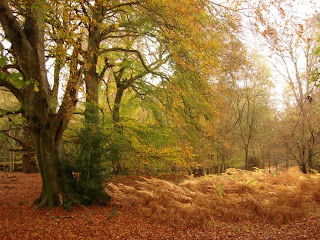 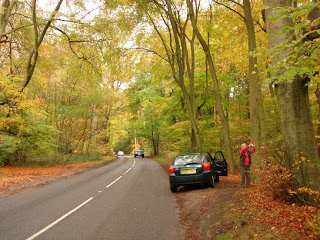 Val taking photographs of the woods

The snooker section at Phyllis Court held their ‘Colours’ tournament last Thursday evening. Jilly bravely came also – as the only woman amongst 16 men. She did very well – and won one of her three games with a spectacular pot of the blue ball. (We’d sneakily been practising this opening shot earlier in the week). One of these days I intend to win the trophy, but Thursday was not one of them. 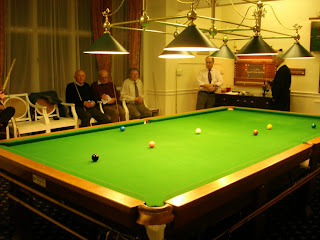 The Snooker Room at Phyllis Court

Just another couple of days to go and I’ll complete my latest painting – an autumn scene by the creek at Bird Place. I’ve left a little space in the middle of the picture where I intend to paint a miniature view of Henley’s church and pub right by the bridge.
Not much has happened this week. I did unearth a big crock-pot that hasn’t been used for over twenty years and, with cubes of Aberdeen Angus and an assortment of fresh vegetables, assembled them all in the morning to cook on a slow setting for about 7 hours. It was delicious by the evening when I subjected my young friend to a tasting.