An Eye for an Eye

During the Henley Literary Festival weekend last summer, among the many interesting events that took place then were trips on the Hibernia river cruiser. The highlight of the one-hour cruises we were treated to were poetry readings by well-known personalities. Simon Williams, the actor, was one of the performers when I was on board, and afterwards I took a couple of photographs of him with the intention of painting a miniature portrait some time in the future. The sun was particularly fierce that day which meant that my photos were in extremely high contrast. Last month I started work on the miniature but soon realised that the eyes were in such deep shadow that I could hardly work out their shape - let alone their colour. So when I finished the portrait I left the eyes completely blank. My next task was to establish the colour. When I finally managed to contact Simon he volunteered the fact that he thought his eyes were blue. His wife disagreed, and confirmed that they were in fact hazel and grey-green. So here is the completed portrait – without eyes and with eyes. 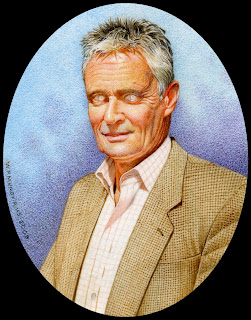 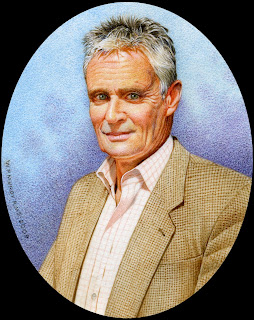 On the way back from Ian and Jane’s on Tuesday I called in to see Fergus and Zelia. They live deep in the heart of Devonshire. My instructions were rustic in the extreme, but finally, after a very bumpy drive down a long and winding track bordered by a forest of trees, their shadows dappled in the afternoon sunlight, I arrived at my destination. Fergus met me in a clearing (I almost said a clearing in the jungle) and led me through an overgrown grassy pathway I would never have found without a guide. He and his lovely wife Zelia live in the most interesting dwelling I’ve ever seen. It was crammed full with the most creative driftwood carvings, including a large dragon, which hovered menacingly over my head, its row of irregular teeth within an inch of snapping my head off as I sipped my tea. In a corner of the surrounding woodland Zelia showed me a towering bundle of stripped-down poles she’d made to support some of the ‘tipees’ they erect in their tipee village.
The afternoon was absolutely fascinating and although some people might think their way of life is in some way primitive, they are surely one of the happiest couples I know. Zelia told me that she loves the life they lead, and in the past had lived the simple life for several years in the foothills of the Himalayas. 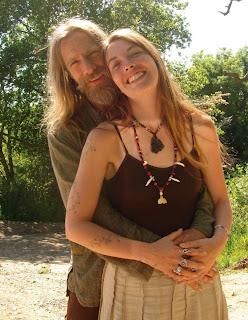 Fergus and Zelia in the sunshine 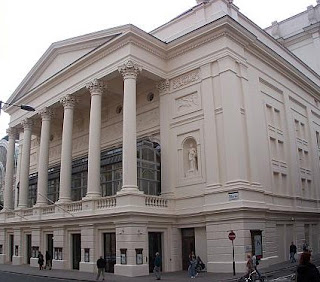 The Royal Opera House in London
Together with Jilly, Jane and Brian we were there – without leaving Henley! Beamed live by satellite we sat in the Regal cinema here in total comfort as the entire ballet unfolded before us. Quite amazing, and in my opinion, better than being at the Opera House itself, because from time to time throughout the ballet, close-ups of the performers were interspersed with the full stage. The sound was perfect, and of course, being live, we had two half-hour intervals. And as the choreography was by Sir Frederick Ashton, we enjoyed a masterly performance. Ondine herself was played by the prettiest of ballerinas – Miyako Yoshida – and during the shipwreck scene, as the masts came crashing down all around us, accompanied by loud thunder and lightning, I’m sure we were more intimately involved than the audience in London. What a marvellous evening. 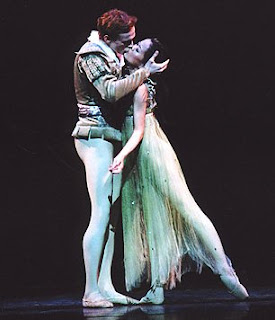 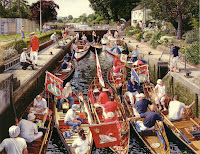 The Wentworth Wooden Jigsaw Company has just produced a jigsaw of my painting ‘Swan Uppers in Marsh Lock’. (Click on the picture to see it full screen.) It contains what they call ‘whimsies’ – in other words interestingly shaped pieces. As it depicts a river scene you’ll find swans, kingfishers, fishes, boats, barges and all sorts of other fascinating pieces. If anyone is interested in knowing more about the jigsaw puzzle please click here.