It was Val’s 80th birthday on Valentine’s day so as a big surprise the whole family has been secretly planning to take her away for the weekend. Being twenty of us we needed to find a place to accomodate us all. Louisa came up with answer - Purbeck Vineyard in Dorset. It’s located just a few miles from Corfe Castle. 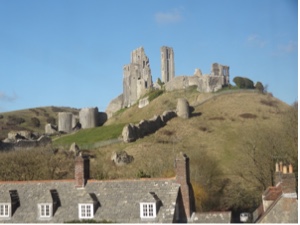 It’s a lovely place to stay - each room is ensuite, has great views and a games room with a pool table, bar billiards, a football game and table tennis. Val was told about the holiday just one day before we set off last Friday. Here we all are standing in the garden. 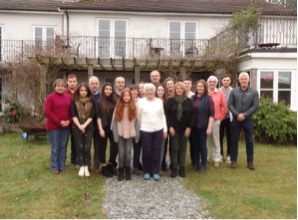 Everyone brought food and drinks for the first night, then in the morning we all set off to the station for a trip to Swanage on a steam train. 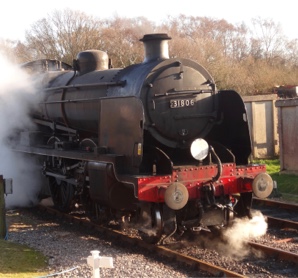 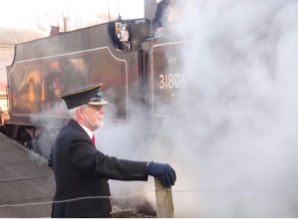 In Swanage we made for the pier where 18 years ago a brass plaque was laid into the planks of the pier to commemorate Bob’s time in Swanage with his family. He often took them there. There are many hundreds of plaques embedded in the floor of the pier and once we located its resting place Tim started rubbing it with Brasso to bring back its shine. 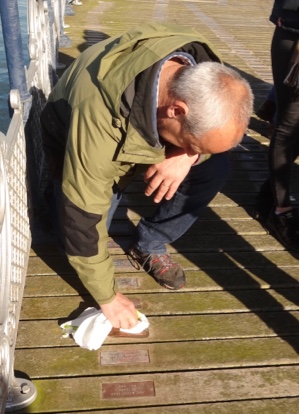 Evie, the photographer of the family, had found a picture of all of us standing on the pier soon after the brass plaque was laid eighteen years ago, so she brought it with her and arranged us all in exactly the same positions as we were then. This is the result. 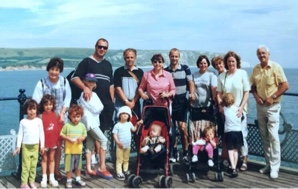 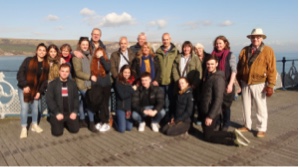 After a really good fish and chip lunch and a look round Swanage, including a short time in the amusement arcade, we made our way to the station for the return journey to the vineyard. In the garden here’s the birthday girl surrounded by the family and all her nine grandchildren 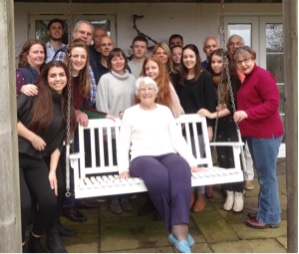 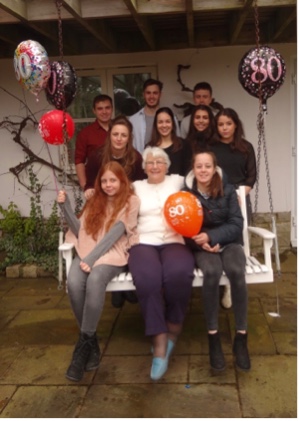 It was a really good family weekend, and as my young friend was invited too I hope her bravery shone through whilst being surrounded by a multitude of Mundys!

I mentioned in my last blog that myf had bought tickets for the Strictly live tour. Although a good show it didn’t compete with the original. This was our view in the Wembley Arena. 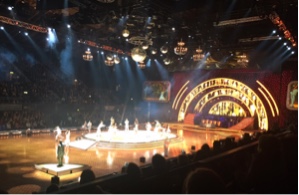 Yesterday evening I was invited to the Leander Club in Henley, amongst other artists, local celebrities and schoolteachers for a special briefing on their latest project entitled ‘Hip, hip, hooray’. They’ve purchased 200 small papier mache hippopotami to help celebrate their bicentenary. Leander’s famous emblem is a pink hippo and we have each been asked to paint a hippo in any way we wish to. Then in the summer they will all be distributed around Henley in various locations, and eventually auctioned.
This is my hippo - I now have to decide how I’m going to decorate it. 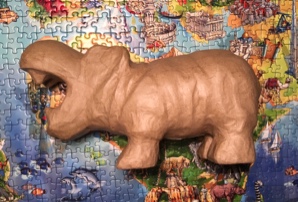 We can do anything we like. Vince Hill was at the briefing too and has come up with an idea for his. I have a slightly ambitious idea which, if it works, could be quite exciting. We’ll see. Incidentally Leander is the most successful Olympic sports club in the world - measured by the number of Olympic medals it has won.

For the past few weeks I’ve been working hard on miniature portraits for the various exhibitions I intend to enter this year. The Hilliard Society sending-in-day is rapidly approaching followed by The Society of Limners and the Washington Society. But lately I’ve made five portraits for the Royal Society of Miniature Painters London exhibition. Here’s one of them. 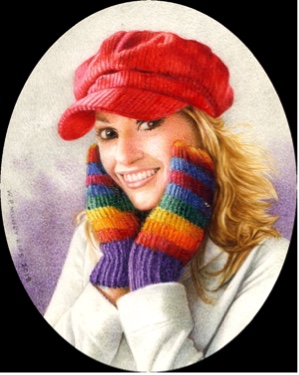 I had my last session with Victoria, the physio, the other day at Active VIII in Henley. To regain my full power in my hip and leg I have to do lots of walking (some of it backwards) and to try and keep my balance whilst standing on a fifteen inch wide heavy rubber cushion. Not easy.

Yesterday and today I’ve been helping my young friend paint her kitchen. I hasten to add that she’s very much in charge whilst I am the apprentice. She’s a real perfectionist so my DIY skills don’t neccessarily score high marks!