It’s been nearly five weeks since my hip replacement operation and as nothing of note has happened I haven’t written a blog. Hobbling around on crutches presents all sorts of difficulties but we have managed to accumulate a number of devices to help out. The ‘sock-putter-on’ is really good - except that my socks have stretched a bit as the thing is much too wide for my feet. But the most efficient, and versatile device is the ‘picker-upper- and long-shoe-horn’ implement. It reaches to the ground without me bending too far. Because of a fear of dislocating my new hip I must never bend my leg more than 90 degrees for the next couple of months. The picker-upper is great because it enables me to grab things off the floor I may have dropped and to pull clothes on in the morning when I get dressed. My young friend has been marvellous - I don’t know what I’d do without her. Here I am after a short walk by the river yesterday. 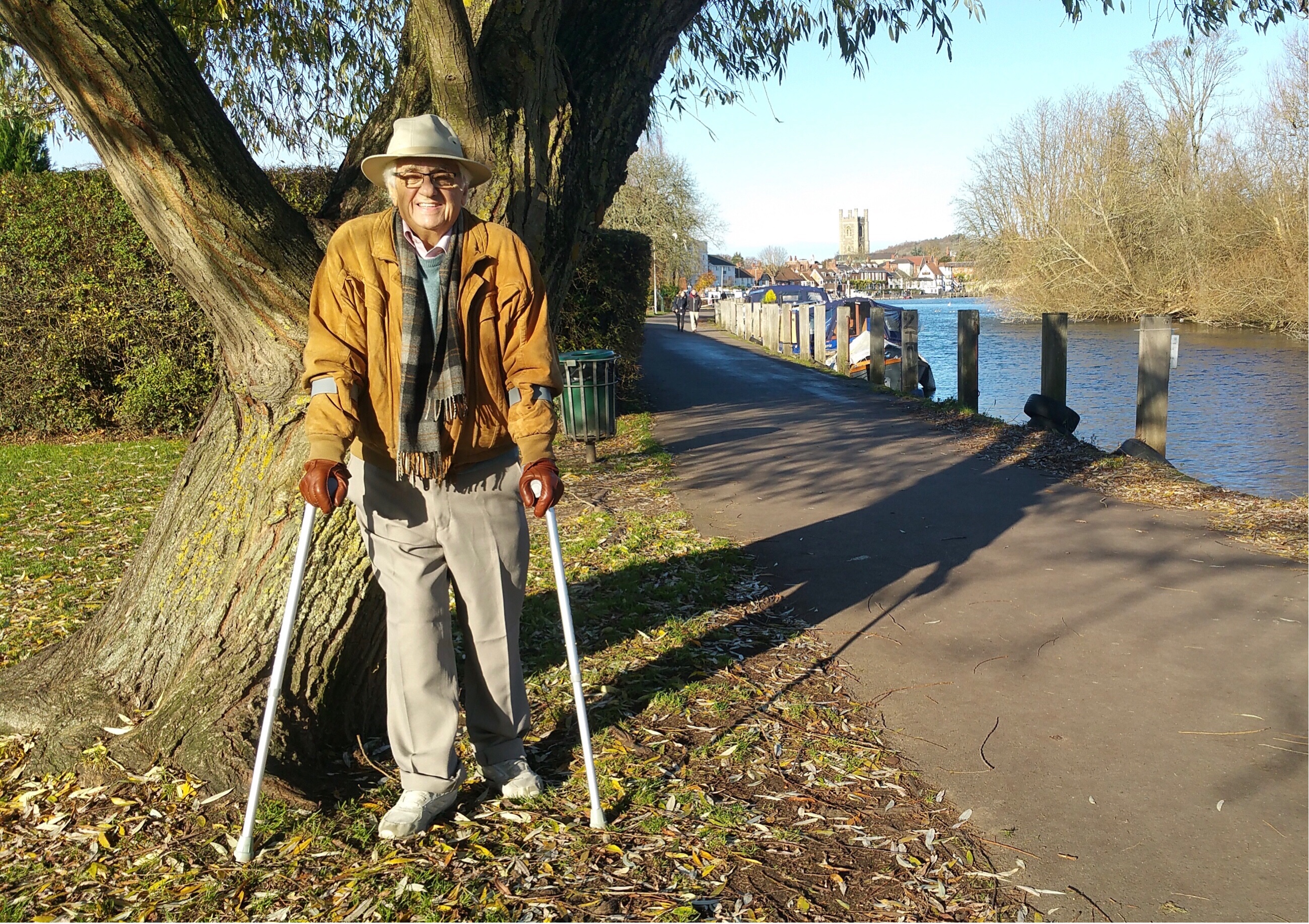 For the past few weeks we’ve been entranced by Strictly Come Dancing on BBC television on Saturday nights. Debbie McGee, being a good friend of ours has performed spectacularly with her partner Giovanni, regularly topping the leader board. Last night, as it was the Musicals night, they danced to the song ‘Memories’ from ‘Cats’. The dance was the American Smooth and they scored 39 points out of 40. Last week they were fantastic dancing the Argentine Tango. To think that Debbie is 59 years old - about 30 years older than each of the remaing celebrities in the competition. She is amazing! 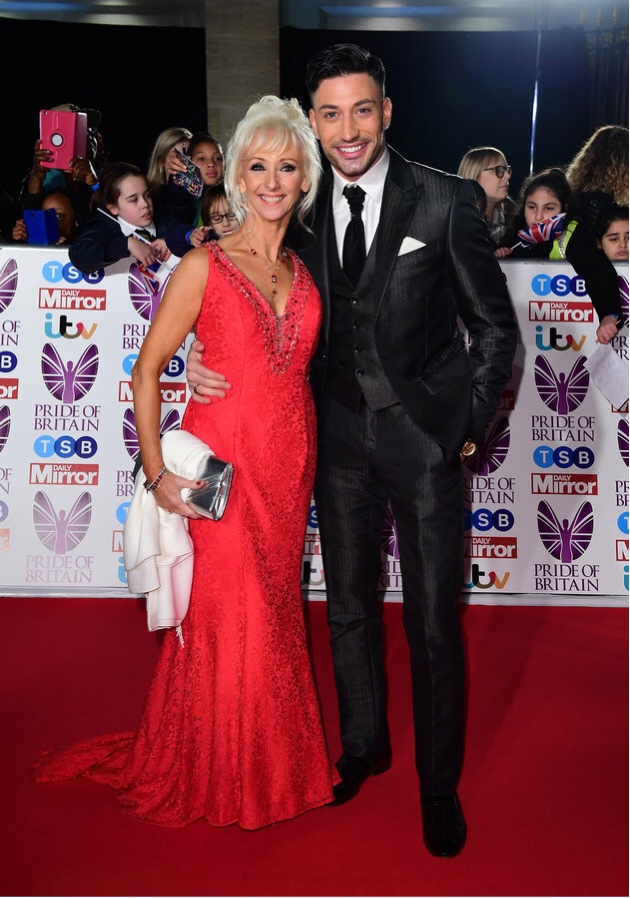 Hopefully I’ll be able to get back to painting next week. It’s been impossible since the operation as to bend over my desk stretches my leg to more than 90 degrees.. But hopefully when we see Victoria, the physio, tomorrow she may offer a solution. For the past couple of weeks I’ve spent quite a bit of time writing an illustrated article on how to paint a miniature portrait for the art magazine ‘Leisure Painter’.

Well, all except four of my Christmas presents are wrapped and ready. And the 80 or so overseas cards have been posted. Every year I say I‘m going to cut down on cards and presents but never seem to. For those who read my blog and don’t get cards from me here’s a view of the inside of this year’s card which comes with my best wishes for Christmas. 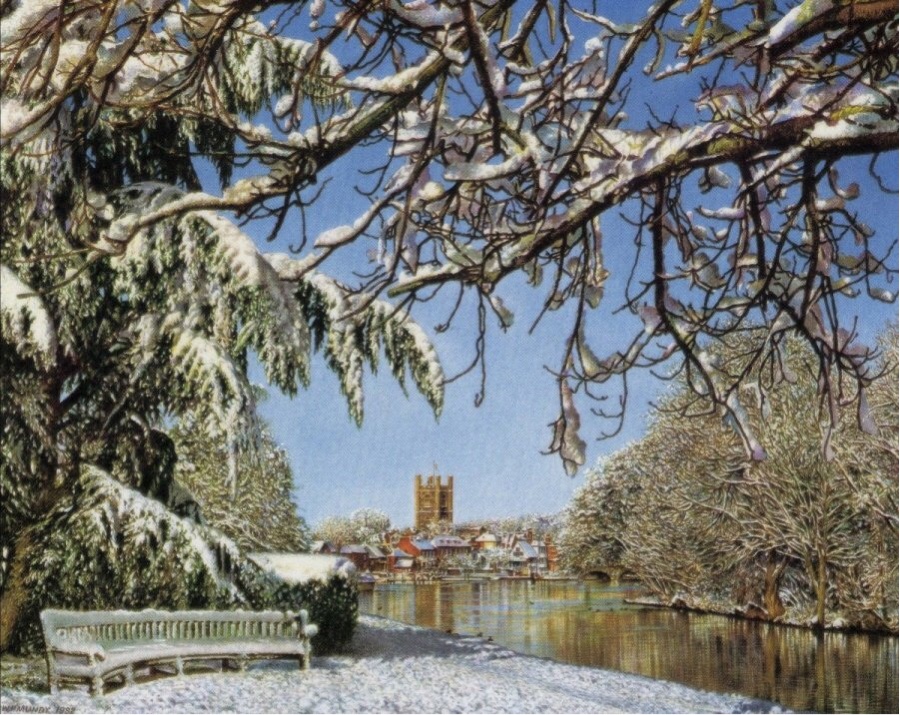 My old boyhood friend Peter Challis wrote from Spain where he now lives the other day and said that he really enjoys keeping up with things here in England via my blog, so all the best to you and the family Pete, and thanks for the photos. When I was about 17 I spent over a year making a twin seater kayak and Pete and I acquired some pram wheels and trailed it a few miles to a lake called Queensmere where we launched it. The following year we cycled to Paris with another friend. Quite an unusual thing to do in those days. We cycled to Lydd in Kent to catch a Silver City aeroplane to Le Touqet in France. But as the journey to Lydd was over 100 miles we decided to pitch our modest ex-army tent on an inviting grass verge we noticed just before it got dark. Not knowing exactly where we had slept the night we were surprised in the morning to be woken by a discreet knocking on our tent pole. We bleary-eyed opened the flap to see a black clad and pin-striped trousered man greeting us with ‘good morning boys’. Apparently we had camped on the front lawn of a country house and he was the butler! But he was very kind and let us use the well from the garden to wash in. Our flights cost £5 each return plus half-a-crown for our bikes. (25 pence in today’s money). Our entire two week holiday cost us about twenty pounds each. We camped where we stopped each night and finally reached Paris where a kindly Frenchman directed us to a campsite right next to the Seine.
Happy days.