One of my new year resolutions is to write my blog more frequently in the future. Since I had the operation to replace my hip with a new one I’ve really not done very much. At least I’ve graduated from 2 crutches, through one crutch, and now to one stick. In some respects I’m impatient so was expecting to be walking by now with no support at all but so far the leg is not strong enough and there’s too much pain anyway. I walk on average almost 4,000 steps every day - more if I go for a short walk by the river, measuring the distance covered by aiming for a further rubbish bin each time.
Now I’m in Suffolk staying with myf’s parents. Christmas day was spent with my niece Louisa and her family in Marlow- Here she is with her daughter Kate and mother Val. 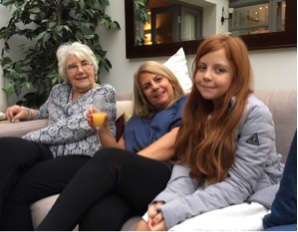 We had a really sumptuous meal and played a ‘penguin’ racing game with little mechanical penguins from an RSPB cracker. The heavens opened later in the evening and I drove Val home to Henley through massive floods.
We’ve been avid fans of the BBC’s Strictly Come Dancing show these past few weeks - especially as Debbie has been dancing so spectacularly well - and reached the final- I had planned to give her this portrait I painted of her if she won. 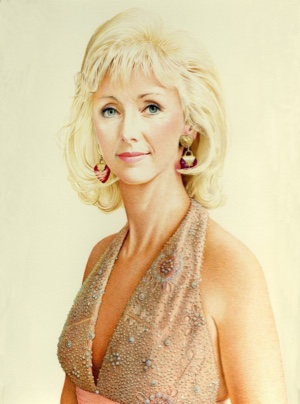 She and her partner, Giovanni, were amazing with their three dances in the final but sadly didn’t win the glitter ball. But I’ve given her the portrait anyway. She told me the other day that she loves it. Which is nice to hear. She’s been working so very hard. And is now playing in pantomime in York. 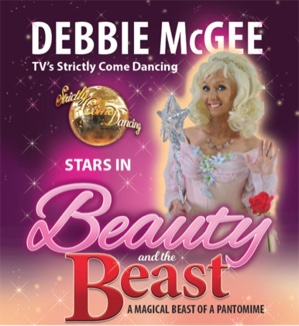 Now is the time to enter some of the major UK art competitions to be held early next year. These days you have to submit paintings via the internet in the first instance. This is the large oil painting I’ve submitted to the National Portrait Gallery for the BP Portrait Award. It’s called ‘Thursday’s Child’. (The other day I added a shadow behind the figure). 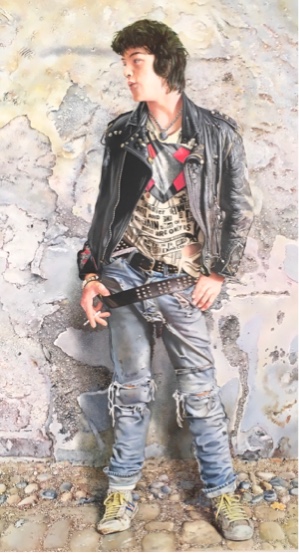 When I submit paintings to exhibitions I’m always very careful to read the rules thoroughly because they are not the same for each one. Many of them stipulate that the work has to have been done within the past two to three years and not to have been shown elsewhere. Fair enough. But when submitting work - and after reading the rules - you need to send the entrance fee before actually adding your paintings to the exhibitions. So imagine my annoyance when I sent off £45 to the Watercolour Society (which did not stipulate when the work had been painted) to discover that additional rules had been added (after the money had gone) which stated that the work had to have been done within the previous 2 years. And as the three works I intended to submit had all been completed prior to the cut off date they were not eligible. So there will now be a battle to get my money back I expect.
We visited Anglesey Abbey in Cambridgeshire this afternoon. Formerly a priory it is now a country house owned by the National Trust. A very wintry day with quite a bit of ice about. As I’m still struggling with a walking stick I hired a mobility vehicle to get around on. First a visit to the house. It’s always kept in really good condition with a large team of conservarors working throughout the winter. Here are a few views in the rooms. 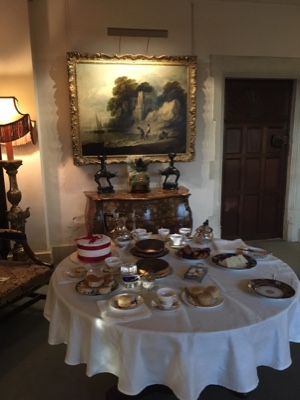 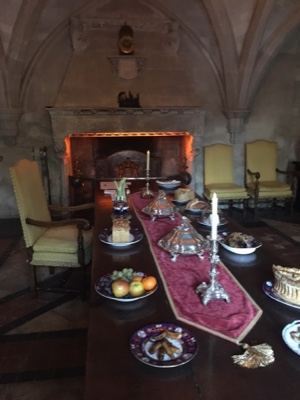 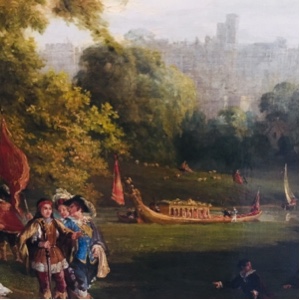 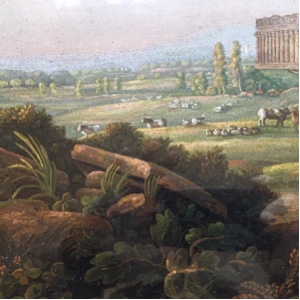 The last picture - part of a much larger landscape - is made from hundreds of thousands of tiny little mosaic pieces - each one about half the size of a pin head. After a tour of the house we spent about an hour in the winter gardens. 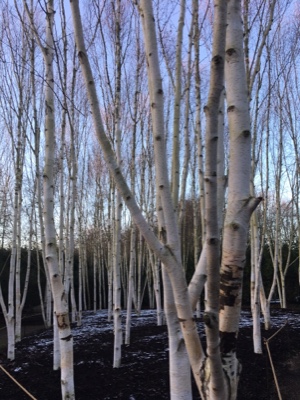 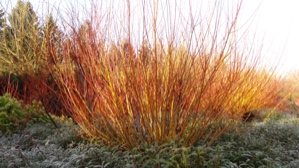 Nearly the end of 2017 so having had a new knee and a new hip this year I intend next year to be full of activity - lots of walking, boating and finally going up in that hot air balloon. (The trip was cancelled twice this year due to bad weather). I’m saving hard for my flight in a Wartime Spitfire so maybe, if I win a few lottery prizes to add to the Spitfire money-box, I’ll be flying over Henley before the end of 2018. 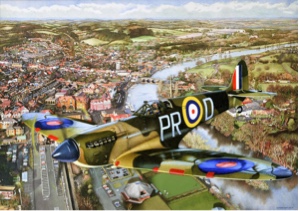