It's the hottest day of the year here, but was even hotter in Majorca where we've just returned from. This is the view from our hotel. Right next to the sea - only a minute's walk across the road to the beach. 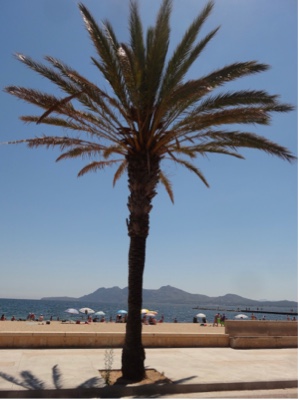 We only saw one wispy little cloud in the entire week we were in Porto Pollenca. Thre sun blazed down on the day we decided to drive to Cape Formentor at the extreme north of the island. I'd been expecting a dirt track to get there but although the road was very narrow with many hairpin bends my young friend handled the drive really well. 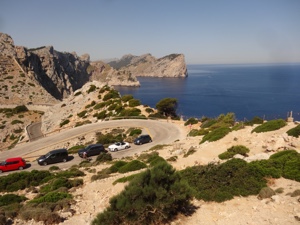 At the top is a lighthouse 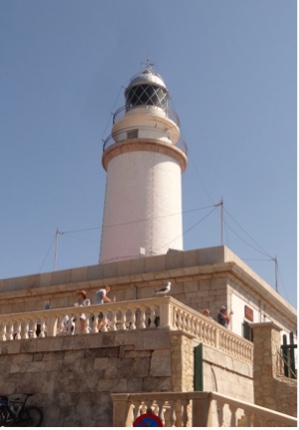 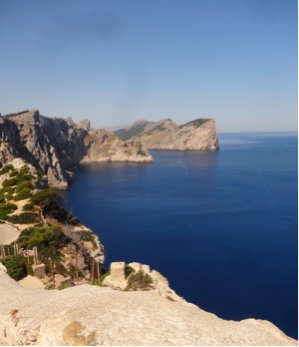 We were lucky to find a parking spot because we were told there normally is a 40 minute queue on the approach to the summit.

We were planning to visit Soller in the north of Majorca and catch a train then a tram to the port, but like so much of Majorca these days it's very hard to find a place to park. Out of luck we gave up and visited the small Botanic Gardens nearby. With a wide walk through the middle most of the smallish gardens were laid out either side. 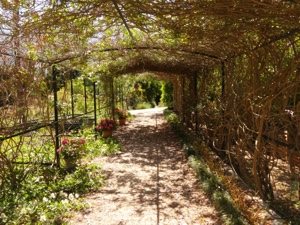 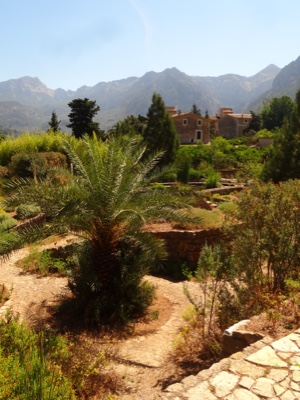 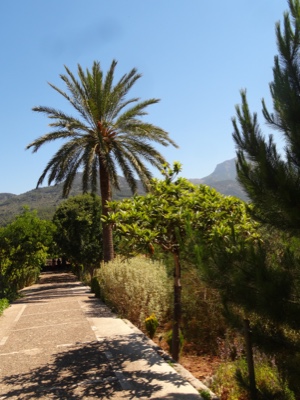 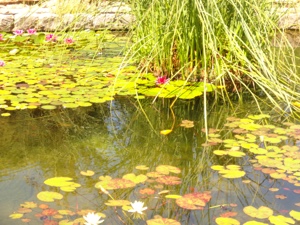 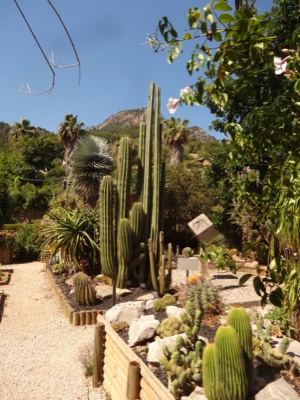 The following evening we had booked for a dinner show in the palatial surroundngs of Son Amar. 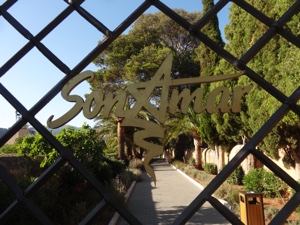 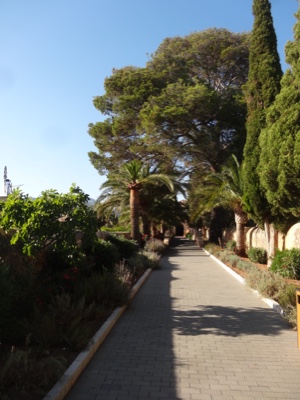 Before going to the cocktail bar for a cooling drink we wandered around the courtyard to the accompaniment of a musician playing a guitar. 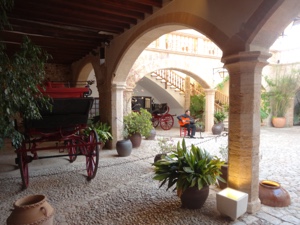 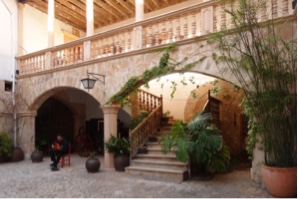 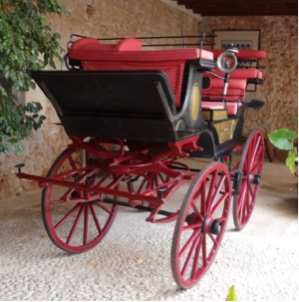 No photography is allowed during the show but we both really enjoyed our succulent steaks. The show was similar to one we had seen last time we were visiting Majorca. Dancers, singers, acrobats, trapeze artists and a so- called magician who doubled as the funnyman. After the show - about eleven-thirty - most of the vast audience moved to a sort of large stage for a Majorcan 'knees up' but we didn't fancy that - especially as half the audience seemed to be comprised of noisy young revellers.

Next afternoon we spent at sea. We'd hired a small 16ft boat for a few hours intending to motor around a prometory with a small lighthouse. All was well to start with, even though the sea had become a bit choppy. Throwing the anchor over the side in a nice cove we settled down for a drink. 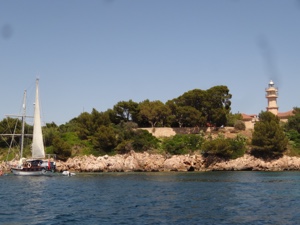 After a while when we left myf tugged and tugged but she coudn't dislodge the anchor from the sea bottom. Almost resigned to cutting the rope (but neither of us had a knife) suddenly it came free as she shortened the rope and the boat swung round. So we rounded the headland to be confronted by big waves (for our size of boat), especially when large vessels came past. Luckily we knew how to face the boat into their wash. We both were worried that had the waves hit us sideways we could have rolled over. In fact our craft was particularly unstable (compared to my own boat) so we donned our lifebelts then and turned round to go back the way we had come. 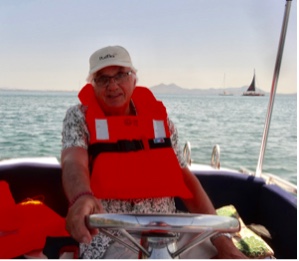 At least we thought it was the way we had come. But after half-an-hour or so we weren't quite sure where we were as we manoevered between scores of anchored sailing boats and hundreds of buoys of all colours. Never actually 'lost at sea' I coudn't make out any familiar landmarks. But my young friend knew what to do. She used the GPS setting on her phone and saw on the map that we had wandered into the wrong harbour! So all was well and we motored out of the congested area and soon reached our destination where Geronimo was waiting to help us moor.

Now back home with just about the same temperatures as we had in Majorca we took my own boat out on Sunday afternoon for a picnic dinner. Myf made the dinner and we picked up Val to join us. What a lovely evening it was. All the tents, booms and buoys were up ready for Henley Regatta next week. This year the buoys stretch almost as far as Hambleden lock. We finally moored by the river near Temple Island. 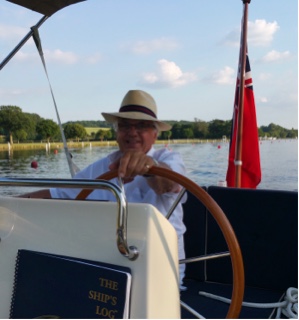 How peaceful it was with no rocking and rolling we'd experienced on the boat in Porto Pollenca.