A Brush With Royalty

Last Wednesday evening Chilli Brener launched her book - 'What The Queen Said To Me' at the Bell Bookshop in Henley. 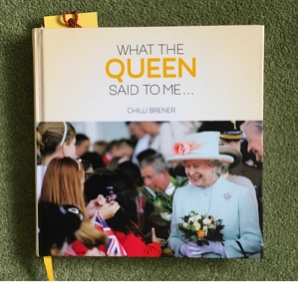 It was quite a glittering occasion, and I met many of my friends there, including Tony and Jackie Hobbs, Sir John Madejski, Mike Read, Mike Sweeney, Elizabeth Hodgkin and Charles Burns ( England's most famous silhouette artist). I had been commissioned to paint a miniature equestrian portrait of the Queen's horse, which was presented to her on the occasion of the opening of the new Perpetual premises in Henley in 1998. 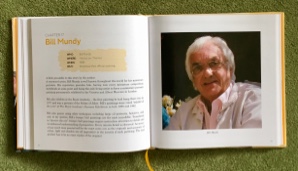 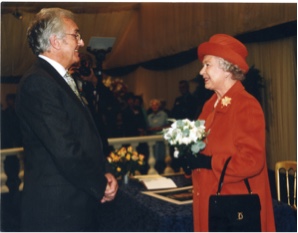 I think we've been on my new boat more times this year than during the whole of last year (the old one had too many carburettor problems). So the other Sunday we took sister-in-law Val out for a trip to Hambleden lock and back. 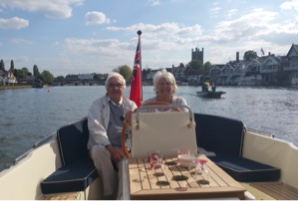 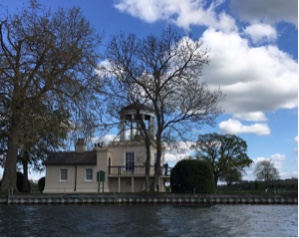 And on a markedly colder day Jane and Brian joined us after a nice lunch at Phyllis Court. Jane looks a bit cold here. 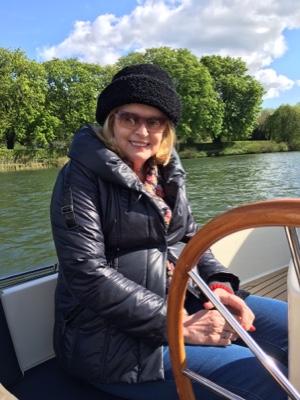 Yesterday we drove to Bampton in the Cotswolds to have lunch with old friend Joanne. She made a lovely curry. The wisteria tree in her cottage garden was at the height of perfection. 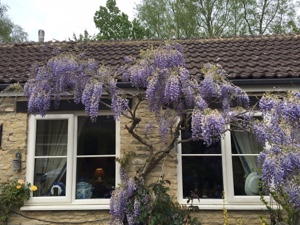 Today, being Mayday, my young friend and I drove over to Dobbies Garden Centre in Shinfield as we'd heard that they house the largest water feature outlet in the region. (The other week myf bought a metre wide metal bowl for her garden which we painted black and filled with water). So today's task was to buy a solar bubbling fountain and to see what water plants they had. We came back with a water lily (that changes colour as it grows from yellow to orange and finally pink), two nice water plants and a small solar operated fountain. It's now set up in her garden.

On our way back we just had enough time to sample a few minutes of the May Fair in Henley. Here's the scene with banjo players and assorted performers colourfully attired.
My knee is mending slowly- still swollen but I'm able to walk on that leg with virtually no pain. But the problem is that now my opposite hip is giving me a lot of pain. So much that when I saw my doctor last week with an x-ray of the hip he told me that I have advanced and severe osteoarthritis there. I'll be seeing a specialist in the middle of May so hopefully he'll give me a cortisone injection which, if it works, could ease the pain and allow me to enjoy the summer with a few planned weekends away and a short foreign holiday, before having a hip replacement in the autumn.
Currently I'm working on a large oil painting of my friend Norman Topsom. It's not a commission - I'll put it on my blog next time. 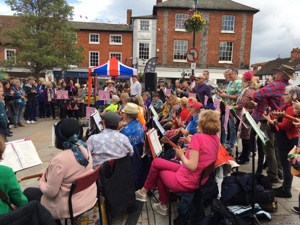