I've been prowling around Boatyards over the past few days with a view to buying a new boat before the spring. 'Marsh Mundy' gave me over 30 years of fun and frolic but lately has let me down too many times, so it's time for a change. In the meantime I've been busily painting yet another river scene. This one shows Henley at night. Fun, but tricky, to paint all the reflections of the Angel on the Bridge and Henley bridge itself. 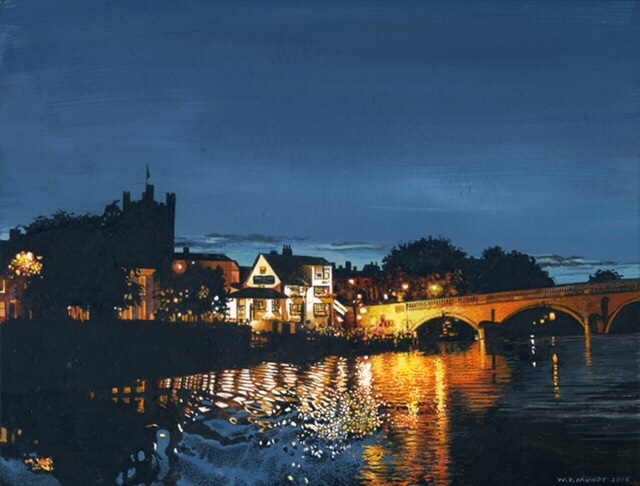 I'll probably make the painting my Christmas card this year.

On Wednesday evening my young friend had arranged a dinner for two at my favourite restaurant - The French Horn at Sonning. When we arrived I spied two empty seats by the fire (the place I like best where you can watch the roast duck revolve around on a spit while you munch away at home made cheese straws and have a drink). But the maitre'd said we'd be better off in the larger room, where I'd noticed a group of people taking up most of the space. Suddenly I noticed Debbie McGee amongst the group. "What a coincidence to see you here, Debbie" I said (as it was only the previous Sunday I'd seen her and her sister when they came to dinner at my flat and I'd mentioned myf and I were having dinner at the French Horn on Wednesday). Just then everyone else turned round and chorused 'Happy Birthday Bill!' Myf had managed to arrange for all of my best friends to be there. I'd always said I'd wanted a surprise and had never had one. And there was Brian and Jane, cousin Paul and Em and Vince Hill. And what a lovely evening it was.

Next morning off we went to Heathrow to board a plane to Toronto. As my arthritis was still extremely painful, and probably too difficult to walk the distances in the terminals I'd reluctantly arranged for a wheelchair to be waiting for me. Never done it before but I was very impressed with the efficiency. But surprise number two was to come as the check-in girl told us we'd been upgraded to business class! Fantastic! We had great seats and a really delicious meal. And at the airport to meet us was my old friend Carol (wearing the Chinese coolie hat I'd bought her 40 years ago when she and her husband, Gary, came to Hong Kong). It's Fall in Canada right now. This is the entrance to her house where we'd be staying. 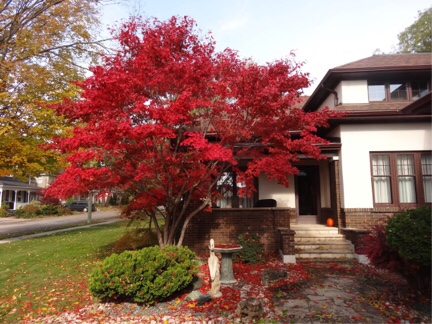 We picked up a car the next day and took a little drive around, later visiting Lake Scugog at Port Perry.

Today we drove to Balls Falls (could be an incident on Strictly Come Dancing tonight) on our way to Niagara Falls, where we parked the car. 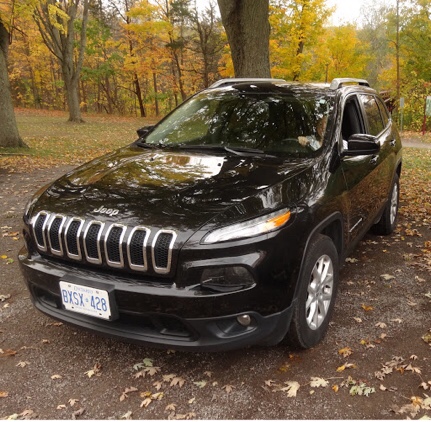 Balls Falls is a lovely nature reserve. There was a wedding just about to take place in this church, colourfully surrounded by autumn tints. 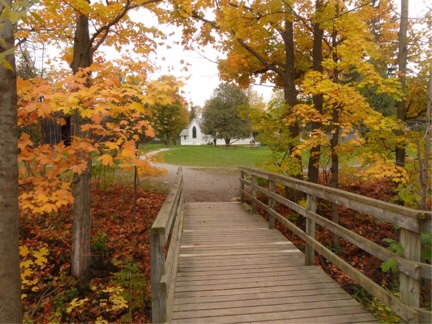 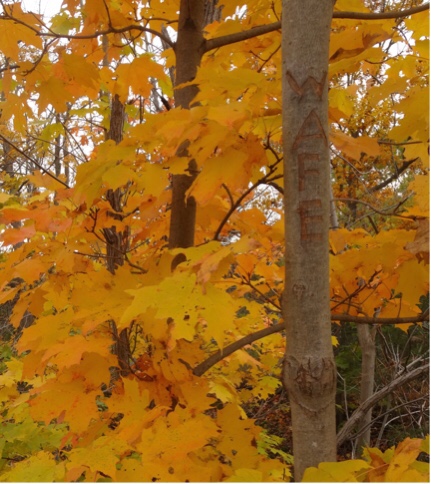 And on to Niagara Falls. I'd booked The Sheraton on the Falls hotel so was delighted when this view of the Falls awaited us.

And now to celebrate my 80th birthday today (just can't believe it) we'll see what Niagara has to offer. Hope I don't fall in! 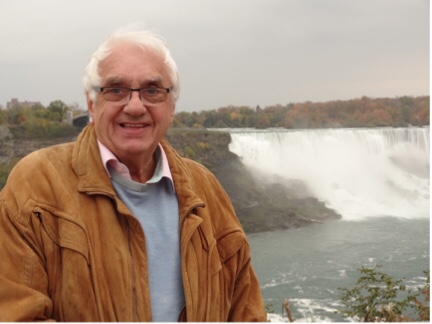 The day started with lots of cards to open and a nice early breakfast (still a bit of jet-lag) then the complimentary WeGo blue bus to the Skylon. The lift is on the outside of the building and swiftly took us to the top. Yet more views of the Falls (It's hard not to keep on taking photos as it's all so spectacular). 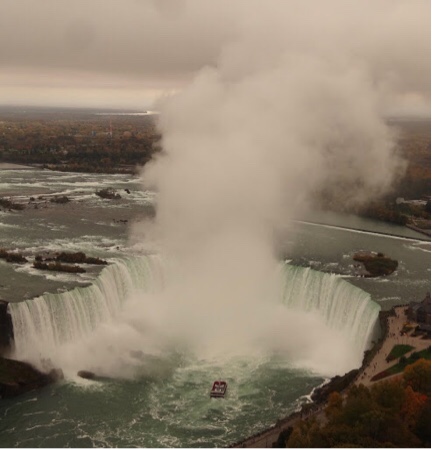 We'd prebooked a showing at the IMAX Theatre. It traced the legends and history of Niagara and the Falls and re-enacted some of the real and tragic events surrounding some of people who had attempted to go over the Falls in barrels of various types. The very first person to successfully survive the hazardous journey was this brave lady. 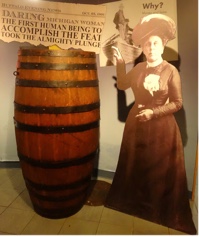 However a (nearly) namesake of mine - Dave Munday - survived the most attempts - and here are the original vessels he built for the purpose. 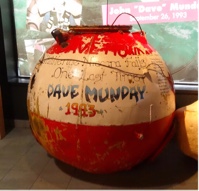 This afternoon myf treated us to a very relaxing time in the Sheraton's luxurious spa. Now as I write this I'm looking forward to a lovely dinner in this restaurant where we hope to see the Falls illuminations accompanied by fireworks at ten.

Having had a really juicy steak dinner it's now just gone ten and this shows part of the firework display with the American Falls illuminated on the left and the Horsehoe Falls under the fireworks. And so ends the celebration of my big birthday.