A Nice Day Out

It was my sister-in-law Val's birthday on Valentine's Day last Sunday so my young friend and I took her out for the day. We drove to The Vyne near Sherborne St. John where this Tudor house nestles next to a mystical lake and surrounded by lush gardens. 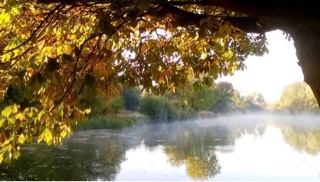 As we approached the house we saw this summerhouse. Built in 1635, it is the earliest domed garden building in England. It's built in the shape of a Greek cross. 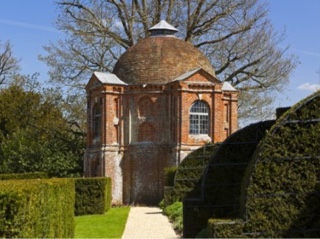 After a ten minute walk to the house...

...we entered to find that the Tudor stained glass windows had only this week been returned to the mansion after months of extensive restoration. The scaffolding had been left in place so we were able to climb up to see the windows up close. 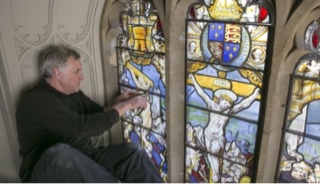 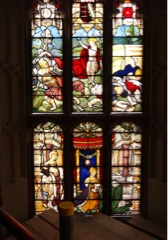 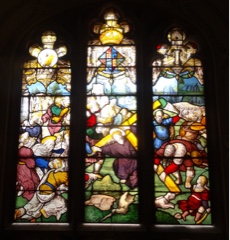 Full of interesting rooms - here's one of them 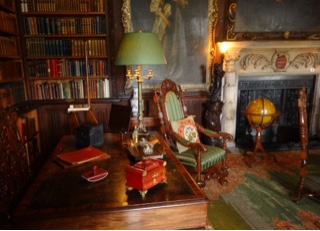 We progressed to a long hallway where busts of Charles I and his arch enemy, Oliver Cromwell, stood together side by side. 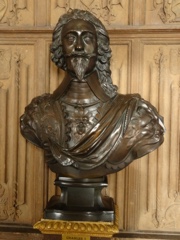 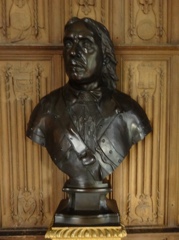 Later that evening my young friend made a lovely dinner for the three of us. Val is blowing out the candles on her birthday cake. 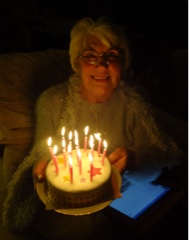 It's still February but this year I'm determined to make full use of my boats on the river. Marsh Mundy, the 23ft Scandinavian-made cruiser, is being thoroughly looked over. New carburettors. Filler cap, gaskets, repair of fuel gauge, horn and petrol tank plus several other things which I don't understand - all will be ready for a big spring clean at the end of March. My little wooden dinghy - Marsh Midget - is having its bottom completely sanded, 'leak proofed with'goo' (my technical description), and varnished. So both boats should be ready for the spring (if my money doesn't run out!).
My workload has varied a lot lately. Currently I've started my biggest painting ever. It measures about 3 feet by 4 feet, is in oil on linen canvas and will depict 'The Royal Flueologist' with his black cat sitting on his shoulder. This is the first week's progress. 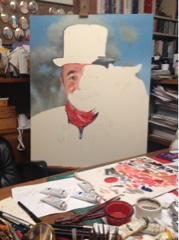 And in complete contrast I have just finished two tiny miniature portraits measuring less than one inch high. They are of a Malay Sultan dressed in all his Royal regalia and will eventually be placed in elaborate gold and diamond encrusted brooches to be worn by the Sultana at official and other royal occasions. I'll post them on my blog after I deliver them to my client and she gives permission.
However here's something I did ten days ago. 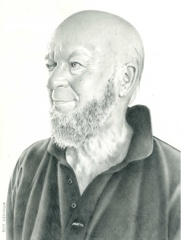 It's a pencil drawing of Michael Eavis CBE. As you probably know he was the originator of the Glastonbury Festival. Each summer this music festival is held on his land in Somerset. Three years ago he opened the Hilliard Society's miniature art show in Wells, and as he is well-known to the local people I have framed this drawing and offered it as a raffle prize in the Hilliard's show this coming June.
Most of the larger art Exhibtions and Institutions these days, when asking artists to submit work, state that in the first instance they send images by email. Although this may save time and make it easier for the judges, I wonder whether the work can really be appreciated. The Royal Academy and all other Art Societies that exhibit at the prestigious Mall Galleries now follow this practice. What usually happens is that after the closing date for submissions a selected few of the artists are asked to bring their work in person to the galleries. In this way, for example, over 4,000 entries to the RA's summer exhibition final selection for hanging can be reduced to just a few hundred. So I felt honoured that one of my large watercolour paintings reached the final hurdle last week and has been selected to hang in April's Royal Institute of Water Colour Painters exhibition in the Mall Galleries. This is the painting - entitled 'The Boatman'. 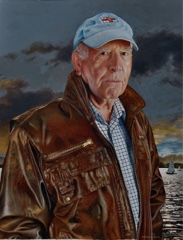 We took the painting to the Malll Galleries last Saturday and heard that it had been accepted for hanging by the following Wednesday. So out of a submission total of over 600 I'm rather pleased that my picture was to be displayed amongst the two hundred or so finalists.
I'll end this blog on a very sad note. My good friend Paul Daniels has just been diagnosed as suffering from an incurable brain tumour. Paul, as everyone knows, is a world- class and most famous magician. He and Debbie have been friends of mine for over twenty years and although Debbie told me the devastating news a week ago it reached the press only yesterday. Apart from being incredibly talented Paul has been a really kind and caring friend. 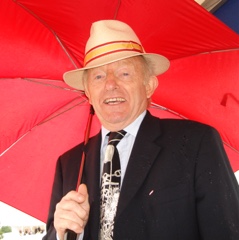