We went to the Hampton Court Flower Show yesterday. It was a scorching hot day - 28 degrees. And that was the day my airconditioner in the car decided to pack up! So we sweltered. However the show was good. My young friend wanted to buy some cannas. She bought three, and today will plant them in her 'jungle' part of the garden. This is a view of cannas in the flower garden marquee. 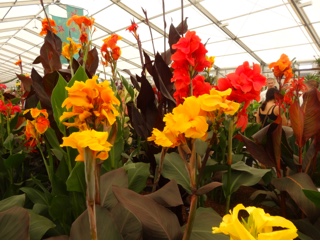 Wandering through the special garden section we came across this enormous revolver. 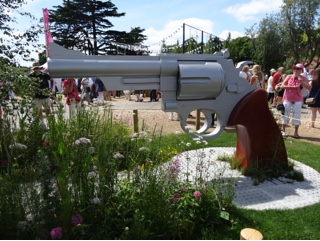 And here's a lawn I'd probably have difficulty in trying to mow it. 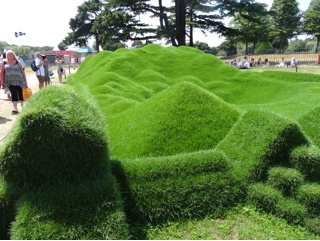 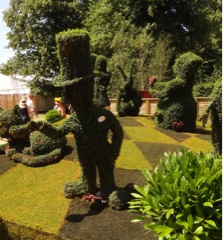 Here's the custodian of the canon. He told me if it was in working order someone would have to sleep with it overnight. 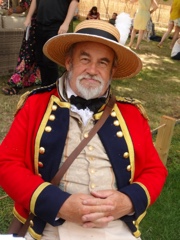 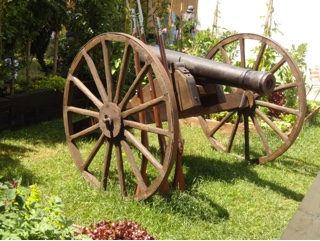 This was an interesting sight. The flowers are growing in a mirrored box embedded in a leafy surround. 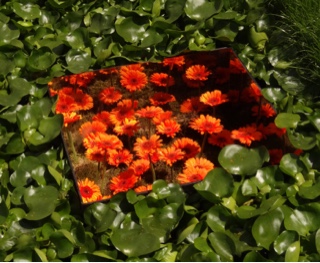 This is the Macmillan Legacy Garden and is a contemporary interpretation of an edge of woodland space. 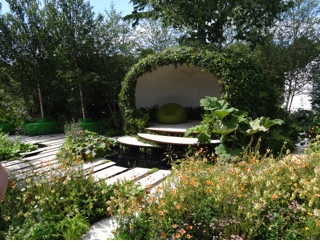 The large pod-like structure offers a relaxing space to sit and to look over the garden and contemplate life's journey. It was created to encourage people to consider leaving a legacy or gift in their will to support the work of Macmillan Cancer Support.
This year celebrates the 25th anniversary of the Hampton Court Flower Show. This massive verigarden celebration cake dominated the entrance. 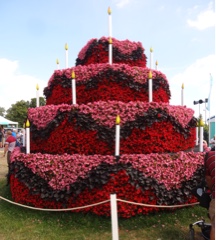 It is made up of 3,500 plants - mostly begonias and other annual foliage plants.
I love leaves, especially acers and maples, so we'll make our way home in the stifling heat with memories of these cool and lovely leaves. 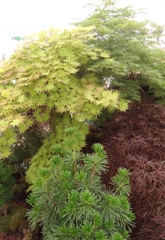 It's Henley Regatta time again. Can it really be a year already? Friday was my day to entertain at Phyllis Court Club. I always prefer to be this side of the river. It is less crowded than Stewards and so elegant. The ladies in their summer dresses and the men in blazers and ties - some managing to squeeze into their Blazers (caps) from their old schools. Cousin Paul came over at ten o'clock to drive us there. We were meeting Jane and Brian, second cousin (twice removed) Jane, and Sir John, accompanied by yet another Jane. A jug of Pimms to start the day as we were serenaded by the strolling jazz band. 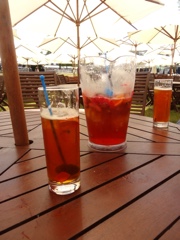 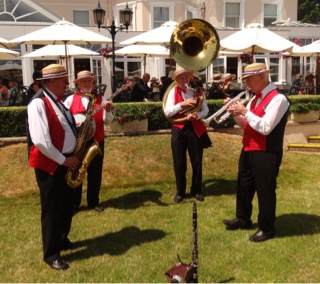 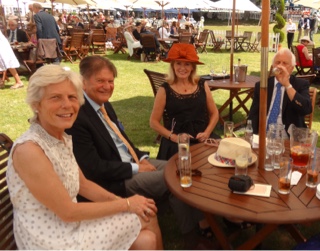 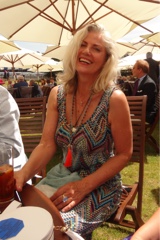 But it's a regatta, and as I'd arranged for eight deck chairs right by the river we sat there for a while. Here are three Jane's and a (Sir) John. 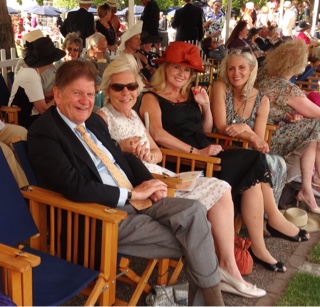 We watched some of the more interesting boats go by. (Yes, I know it's a rowing event ) 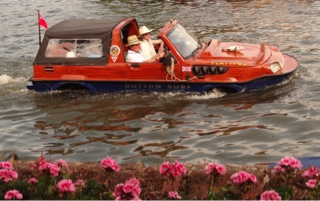 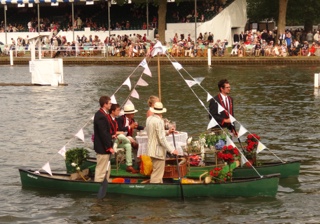 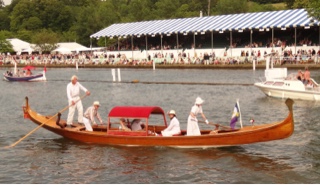 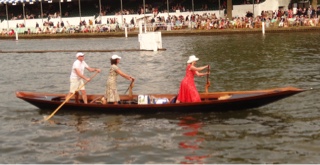 Lunch in the dining room is always a treat. I managed to arrange for our table to be right next to the window. 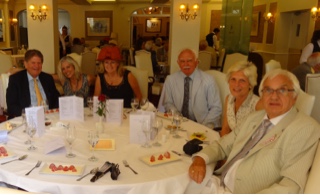 And so ends another regatta.

I haven't been idle either during the past couple of weeks and am about 200 hours in to a large painting of a couple of gondoliers in Venice set against a background of the Basilica in St. Marks Square. This was the progress at the beginning of last week. 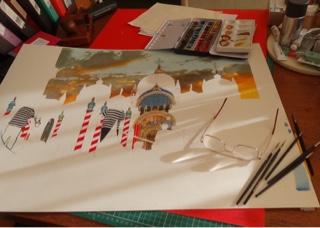 A way to go - especially the intricacies of the eight mosaic arcs on the Basilica.
Every six months I go to the Spire Dunedin Hospital in Reading for a CT scan and blood test. Then a few days later to the Oncologist for the results. I always suffer a few days of apprehension before this worried that the cancer has returned to my lungs. So last Monday my young friend and I went to see him. He greeted us with a great big smile (not always indicative of the outcome, as about 3 years ago when tumours appeared in my lung necessitating a PET Scan he still greeted us with a smile). Anyway the result this time was very good. No trace of cancer reappearing and one of the blood tests which could herald a return of a cancerous growth showed negative. We left his surgery with a spring in our steps and joy in our hearts.
This shows a corner of my garden balcony with a life-size realistic rendering of the little miniature schnauzer I had when living in Singapore. 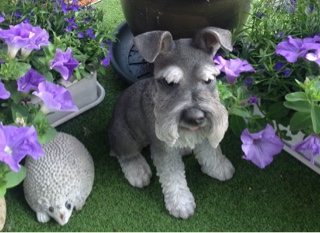 His name was Mr Chips. So every time I left for the office in the morning I said "Goodbye Mr Chips" - one of my very favourite films.