I’d spent most of Friday preparing a big dinner for my birthday celebrations the following evening. Nine very good friends were coming over. But I made a big mistake in the afternoon, by trying to put parsnip peelings down the waste disposal unit in my kitchen. It blocked the sink completely! (I know nothing about plumbing so rang the Oracle – Paul Daniels - who was one of my dinner guests). When he and Debbie arrived they were armed with a suction pump sort of thing. However, despite many attempts at unblocking the water-filled sink, we were unsuccessful. No matter - although the kitchen became a bit of a mess, the party went really well. Rolf sang a song or two. (That man can remember all the words of hundreds and hundreds of songs, limericks and music hall ditties – and all the verses), and Paul and Debbie gave a hilarious duet. 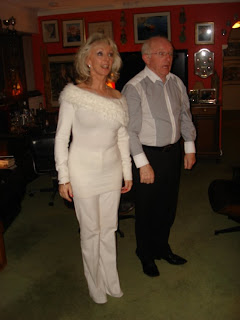 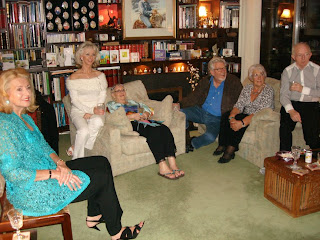 Amongst the other guests were Val, Jane and Brian, Rolf and Alwen, and my young friend – who gave me the birthday present I’ve been hankering after for quite a while – a balsa-wood scale model of a Spitfire aircraft.

The wingspan is about 2 feet wide and I expect it will take me a few months to make, I’m sure. (My YF doesn’t think I’ll get as far as the final painting and camouflage stage so I now have to prove her wrong!).

The following morning I was faced with a mountain of washing up and clearing up to do. Luckily I didn’t turn the dishwasher on overnight as when I did so in the morning all the water bubbled up back into the sink, which took nearly a dozen trips to the bathroom with a bucket to empty the water away. Later in the morning my neighbour, Guy Hart, came to the rescue with a great big suction pump, which, after an hour or so, finally did the trick. Hooray!

My young friend came over later in the morning and as Sunday was my actual birthday, took me out for the day. We went to the Savill Garden in Windsor Great Park for lunch and a wander round the lovely gardens. 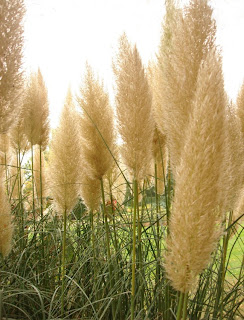 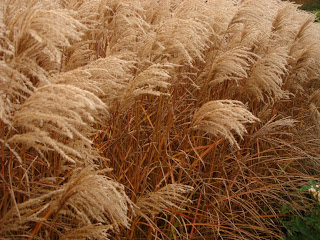 As we strolled around in a kaleidoscope of vibrant colours the interconnecting gardens blended seamlessly with one another, especially as we approached the maple wood, dazzling us with the many shades of red, orange, and yellow. Here are some of them. 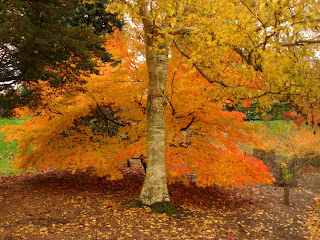 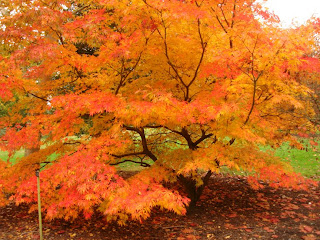 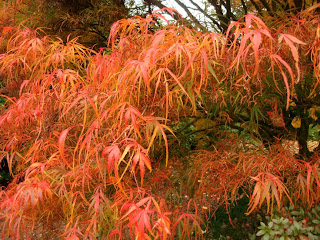 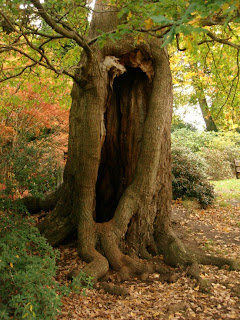 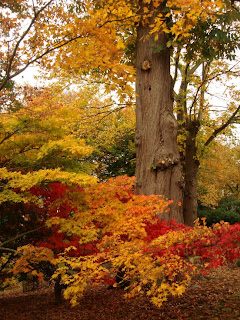 In the temperate house we came across this magnificent mountain of pumpkins – what a great display. 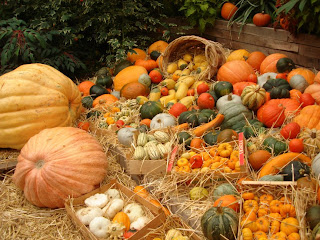 On Monday it was Debbie’s birthday so I popped along for a morning coffee. Her mum and dad - Babs and Pat - were there too. Not all Magicians make rabbits appear from a top hat, but Paul does. His white rabbits are beautiful. Here they are playing about on the couch in the lounge. The colourful cylinder may not look big enough for both of them, but they easily move over each other when burrowing in from either side.
﻿ 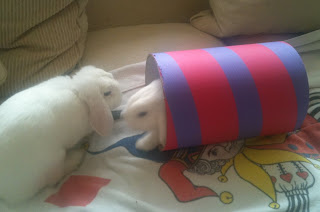 I read a story in the newspaper this morning, which amused me. A convicted killer, serving a life sentence in Wakefield jail has been granted the right to have a sex-changer operation on the NHS. Robert Page, now known as ‘Emma’ is at the pre-op stage of becoming a woman. He has grown breasts, as a result of £200 a month hormone treatment at taxpayers’ expense, and is allowed to wear skirts and blouses and shower alone to protect his/her modesty. But the bit that amused me was this sentence: ‘When he is subjected to a full body search, two female officers search the top half and two male officers search down below’.

To end this blog on a sad note – one of my best and oldest friends, Jack Bygrave, died of cancer on Friday in Singapore. We’ve known each other for over 50 years. I first met Jack when we both worked in Hong Kong in the sixties, and then later when he married his wife Eileen and moved to Bangkok where I was living. We seemed to follow each other around, because when I moved to Singapore in the seventies, they arrived there too. Jack was a wonderful man – full of humour and so alive. He’ll be sorely missed by Eileen, his children, and his many friends around the world. This is a picture of Jack and Eileen I took last year at the Kranji War Memorial in Singapore. 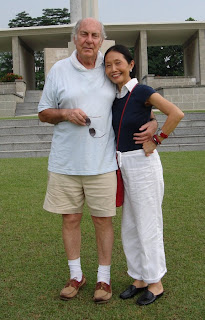