A Puzzle No More 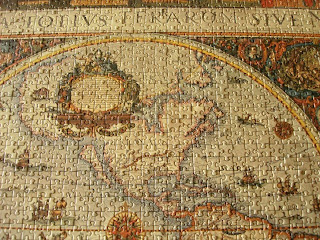 The 3,000-piece jigsaw puzzle of the ancient map of the world is finally completed. It’s taken nearly 6 months (with the help of a young jigsaw puzzle enthusiast) to do, and as it’s taken up most of the space on my dining room table perhaps I’ll be able to host a dinner party there soon! 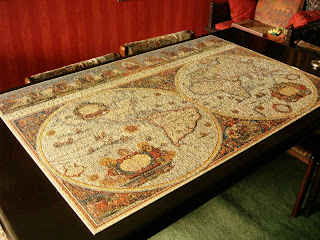 The other week I had a commission for four pencil drawings of a client’s grandchildren. One of them – a small boy called Sebastian - I made into a miniature portrait, which I’ll submit to the forthcoming Royal Society of Miniature Painters exhibition in London in the autumn. 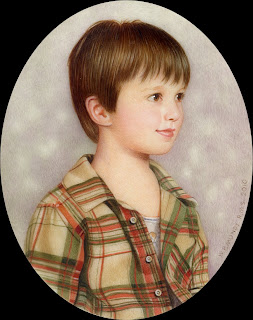 On Saturday evening Debbie and Paul gave a really lovely dinner party for friends and family. It was the last day of the Wargrave and Shiplake regatta so when dusk fell the fireworks started. From the garden we had a perfect view, between the trees, of the display – almost as if they were put on specially for us. About 24 guests were there – we all sat around a long table on the verandah – a glittering and very happy evening.

Fawley is a small village near Henley. Yesterday morning eight of us picnicked there in the grounds of Sir William McAlpine’s home where he had opened his garden railway to a number of invited visitors. A beautiful sunny day, Pat Williams, who organised the picnic, had reserved us a prime spot high on a hill guarded by an ancient cannon and overlooking part of the railway track. Apart from the full-size steam trains, signal boxes, junction buildings, other railway artefacts and an amazing museum, the grounds contain a number of fascinating animals including lemurs, giant rabbits, and some of the rescued and injured animals repaired by the Tiggywinkles Wildlife Hospital near Aylesbury. During the afternoon we saw a small deer with only three legs and a number of geese, donkeys, peacocks and other assorted animals and birds all lining up together to be fed. It looked like a scene from Dr Doolittle (or Noah’s Ark).
This large carousel called “The Gallopers” was unfortunately out of commission on Sunday, otherwise we all would have had a ride on it. 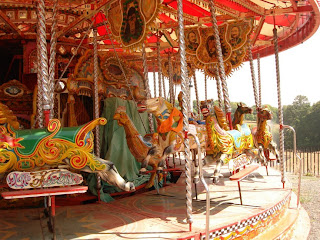 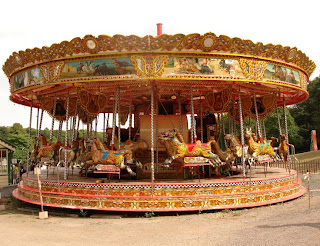 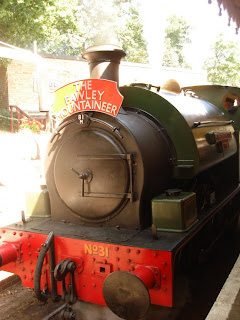 On the way we called into the museum where I soon located the lovely paintings by Terence Cuneo. (Sir William owns a number of Cuneo’s paintings, and we took great pleasure in searching for the little mouse Cuneo always included somewhere in his paintings) This fine painting of the ‘Hudswell Castle’ at Fawley is by Terence Cuneo. Can you find the mouse? 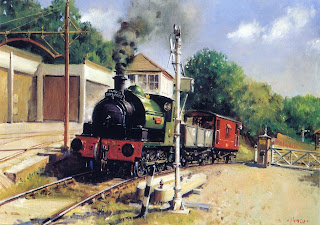 Many historical railway edifices have been relocated to Fawley when changes made them redundant in their original locations. These include the Waterloo Station Arches and the highly decorated cast iron Blackfriars Bridge Capital which arrived at Fawley in 1986. Near the station is a plethora of old advertising metal billboards. I might use one of the dozen or so photographs I took as a background for a painting one day. Here’s one of them. 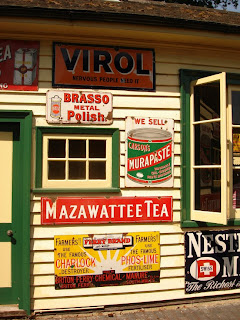 As we were waiting for our turn to travel round the Fawley Estate on the train we heard the news that somewhere along the line the train had become derailed, so no more trips were held that day. However this little video shows the train earlier in the day, as seen from our picnic vantage point.