I can’t say it’s been a very exciting week. No highlights at all. However yesterday was a bit of a red-letter day in that my visit to the oncologist confirmed that my cancer has been successfully contained. This was revealed by the recent full body scan I had a couple of weeks ago. So the little cloud of apprehension that’s been lingering over me lately has gone away.

Last Monday afternoon I ventured into the world of the WI by giving an hour long illustrated talk to the Remenham branch. (I had to laugh when I was first approached by the President Sheila Constantinidi some time ago and enquired what facilities they could offer. “Screen, microphone, projector, lectern, etc?” I asked. “No, none of those” she said, “but we do have electricity!”) The first half hour of the talk traced the history and techniques of the old master limners ranging from the earliest (Lucas Horenbout in the mid 16th Century)… 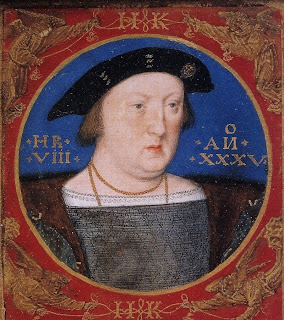 ... and carried on through to the beginning of the nineteenth century when the invention of photography in 1830 forced many of the portrait limners (or miniaturists) of the time to either take up other professions or in some cases to use a faint blue or grey photographic image as a base to paint on. In this way they could compete with the burgeoning number photographers who of course were charging much less than the artists. Some even augmented their living by becoming ‘profilists’. 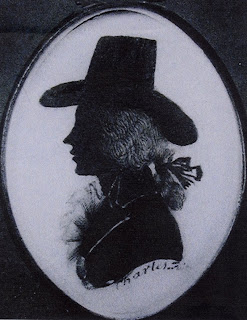 The second half was mainly showing my own methods and included a couple of step-by-step demonstrations from start to finish. 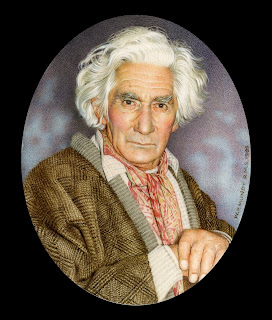 The village hall was a bit cold – maybe a good idea, as nobody fell asleep.

It was ‘Colours’ evening with the snooker section at Phyllis Court on Thursday. What a good game that is – there were about twenty of us playing and we each get to play three games as the red balls aren’t used. Tom Campbell won the trophy. One day I’ll do it! 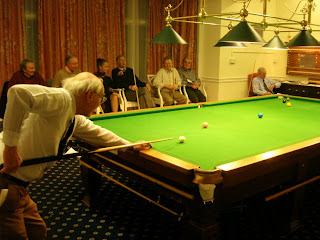 One of the players (not me)
Thursday was quite a busy day. Friends were arriving for the day, and their visit coincided with the funeral of Ermgard – an old friend from my early days in the Far East. (We met when Ian, her husband, was a warrant officer in the British army in Singapore). I arranged to take my friends for lunch at the Travellers Rest – a restaurant only a short distance from the crematorium. I had a bit of an embarrassing experience there. Because I only had 20 minutes before leaving for the funeral, my friends were to stay in the restaurant to have a leisurely lunch and a game of pool, while I ate a hurried meal. In fact the restaurant was very accommodating and produced ham egg and chips in about 5 minutes. But when I paid the bill I gave the girl at the till a £20 note. Back at the table I realised that she’d given me change for a £10 note. When I returned to let her know about her mistake she maintained that I had given her a £10 note. As I knew I had just two £20 notes in my pocket (being given them earlier that morning) I could only assume she had cleverly pocketed the £10. Even when the manager showed me the till with no £20 notes in it all I could do was to bite the bullet and admire her sleight of hand. It wasn’t till I got home later in the afternoon that I discovered the two £20 notes were in my other pocket! Oh dear - I’ll either have to go back to the restaurant and apologise, or never go there again!

My sister-in law, Val, was born on Valentine’s Day – hence the name – so together with a friend I took her out for a very nice Valentine’s lunch at Phyllis Court Club. And yesterday evening Mollie - who‘d just arrived from her home in New Zealand - and her daughter Jane joined me for a happy meal at the Café Rouge.
But a lot of my spare time this week has been spent mastering the iPhone and adding a few ‘apps’ such as a TomTom satnav and numerous CD’s and talking books. (If I’m not careful I’ll become a techno nerd!)

However in case you think I’ve been skiving, I managed about 40 hours painting miniatures this week for a client in the USA.