The Snow People of Henley

Yesterday I gingerly navigated through the ice and deep snow and walked the mile or so to Henley along the towpath. It was a gloriously sunny day - minus something or other, but bracing and beautiful. The lock and the snow-clad woods behind make a lovely picture. 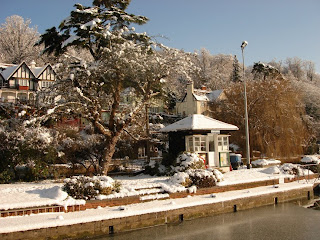 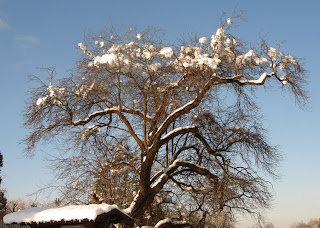 In my walk along the towpath I met a man who was hiking to work in Henley. He’d started out at 9 in the morning from Reading (about 7 miles away) so you have to admire his perseverance. This was the view as I made my way towards the town. 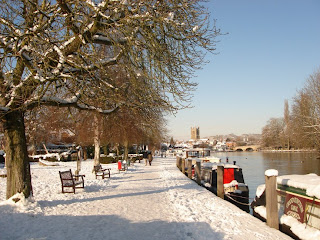 Here’s the first snowman I came across. 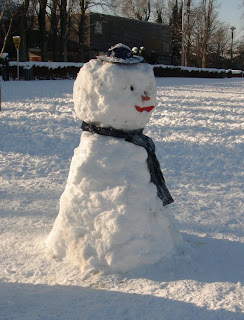 And later on I met this very artistic snowgirl. 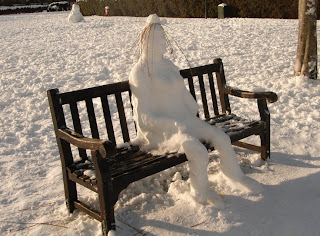 Once I arrived in Henley confronting me in the middle of Falaise Square was this giant (about 12 feet high I think) snowman. He seems to dwarf the town hall in the background. 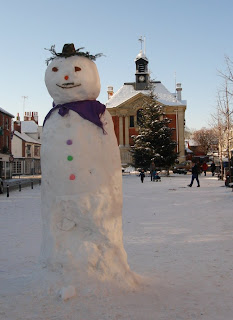 Moving on to Hart Street. 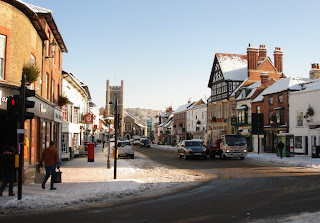 I was intrigued to see this lovely little pair of snowgirls nestling together outside the White Garden Flower Shop. 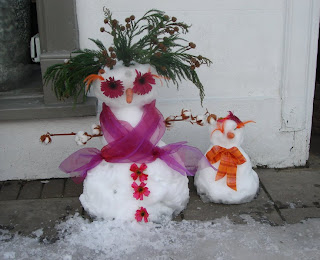 Then on to The Café Rouge for a light lunch and a warming drink of hot chocolate before venturing back home with the newspapers for my neighbours. (Because the ice and snow have meant that no milk or newspapers have been delivered for the past 3 days).
So what else have I been doing lately? Not a lot – apart from painting for about 9 hours a day. It’s been nice and cosy in my warm flat as I look up from time to time to this cold and snowy scene from my studio window. 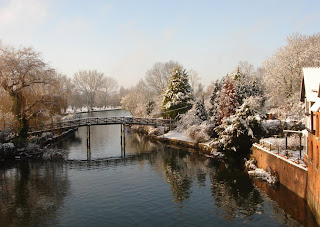 New year’s evening was spent how I like best – with just a few good friends. Paul and Debbie had invited me to their home for dinner, together with Debbie’s mum and dad and sister Donna with her family. We had a lovely roast dinner, pulled crackers, read jokes, and later on played charades, interspersed by scores of incoming greetings text messages..
At the stroke of midnight Paul signalled the start of 2010 by letting off a rocket in the garden.

The parade of snow people has not quite finished. Here is the snowman that my faithful follower Pootle made yesterday. Note the spectacles – they are the 3D glasses that were issued with the film Avatar. 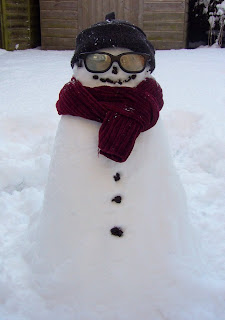