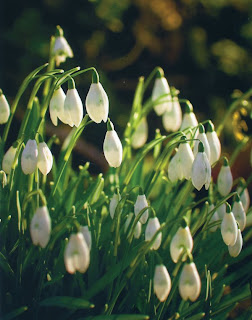 This morning Pootle picked me up to kindly take me to the Royal Berkshire Hospital for my pelvic scan (I need to have one every six months for three years). After drinking a bucketful of barium liquid and being injected with iodine, I soon was lying under the machine listening to the soulful sound of an out-of-this world voice telling me when to hold my breath and when to breathe normally. Later, as we came out into the frosty sunshine we decided to visit Welford Park, near Newbury, to see the snowdrops – a feature of the place. They are a bit late this year due to the heavy snowfalls but a few were bravely poking through the frosty ground. 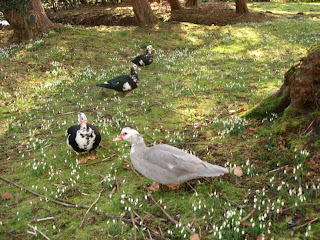 My cousin Paul lives close by at Great Shefford so we called in to see him. My nephew Tim and his family had just come in from a shoot in the surrounding fields where they’d joined Paul’s boys. Paul and Jo have a beautiful herd of Hereford cattle and a number of adorable calves at least one of which they intend to show later in the spring. 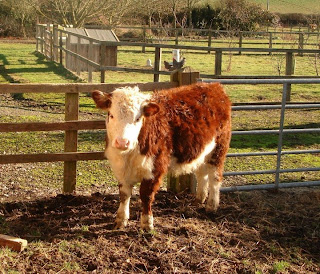 Last Saturday Jilly picked me up and we drove to Paul and Debbie’s house to join them for dinner at the Bull in Wargrave - It’s recently been taken over by new tenants. A lovely open fire welcomed us and soon the pub was filled with the excited chatter of some of the soon to be audience at the nearby Woodclyffe Hall where a pantomime was to be performed at 8. My traditional dinner of sausage and mash with onion sauce nestling in the biggest Yorkshire pudding I’ve ever seen was delicious.
After dinner we walked the few yards to the venue. The hall was packed to the rafters – totally booked out. Great to see so many local people supporting their talented thespians. The pantomime we saw was Pinocchio – and was spectacular. Although everyone was an amateur we could have been watching top professionals in a west end theatre. The colour, brilliant make-up, costumes, and sets were marvellous. One very imaginative set was inside a whale - I can’t quite remember that scene in the original Pinocchio story – but the florescent lighting, together with the ghostly skeleton-boned inhabitants of three sailors swallowed on a previous occasion – made a great spectacle for Pinocchio,Geppetto and Rissotto. Joe Haynes acting as Geppetto’s wife Rissotto, was absolutely hilarious – his makeup and clothes hilarious. Everyone thought it was the very best pantomime the Wargrave Theatre Workshop had ever put on. We came away in high spirits with Paul and Debbie as professionals praising them to the sky. 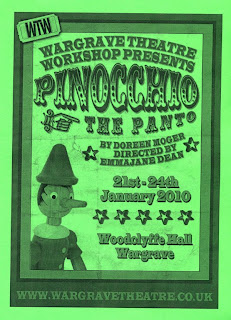 The previous night I drove to Sue and Tom's on a very rainy evening andon to join the Harpsden Womens Institute party for a visit to the Mill at Sonning, where not only were we to see “It’s Never All Right on the Night” by Simon Williams, but Sally Hughes (the Managing Director) gave us a conducted tour of the building. As the theatre has been constructed within the original 18th Century Flour Mill, to venture into the bowels of the building with all it’s many tiny winding passageways, was very interesting. As for the show itself, performed brilliantly by Simon Williams, Issy Van Randwyck provided the glamour – and most of the songs, The show was based around life in the theatre, the gossip, jokes and scandals were interspersed with lots of spicy anecdotes and musical numbers such as ‘Don’t Put Your Daughter on the Stage Mrs Worthington’ and ‘There’s No Business Like Show Business’. After the show, when we met in the bar, I gave Simon the miniature I painted of him last year. 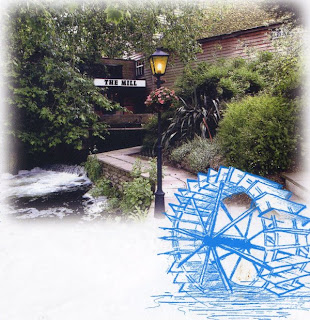 I managed to complete another miniature this week – this one is of my great niece Becky. She’s nineteen and currently whooping it up at University in Exeter. And as I paint one every year this is not at all surprisingly the nineteenth. 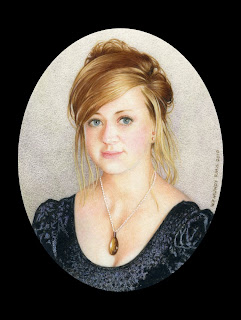 Miniature portrait of Becky
Apart from painting I’ve spent a bit of time figuring out how to use my latest gadget – an iPhone. As it has a touch screen things move so fast that at this stage I’m constantly making errors. For example when I thought I was demonstrating to Paul Daniels a number of my paintings I’d added to the phone it wasn’t too long before I had a text from my friend Pootle telling me that she was inadvertently listening in to our conversation! Hope I master it soon or my phone bills will rocket! Pootle has been very helpful in teaching me how to add things like music, pictures, Apps, Skype, all the other settings I want (I nearly said need). Having only had a phone that’s a phone and nothing else I’m a bit overwhelmed with what this one can do. (Paul doesn’t think much of touch screen gadgets but then he is a very competent touch typist and can type out a message without looking at the screen)