So what have I been up to this week? Last Friday Henley staged a late-night Christmas shopping and fun evening. The centre of Henley was closed at 4.30 and all sorts of stalls and children’s rides were erected in the main roads. Pity it was raining, but that didn’t deter the hundreds of people who flocked into the town. I had a few paintings on display at the Horizon Gallery in Hart Street so spent some time there sipping wine and munching mince pies. Then after a while wandered around ending up in the Lemongrove Gallery. The manager arrived soon afterwards clutching an enormous German sausage with both ends hanging obscenely out of the long bread roll. They looked so good and smelt heavenly so I ambled across the road and bought one for myself – which, with her permission, I ate in the gallery. She added mince pies and wine to the feast. 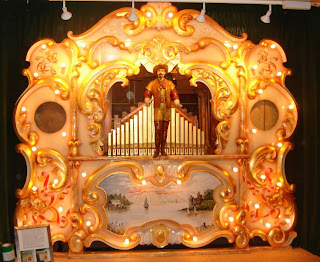 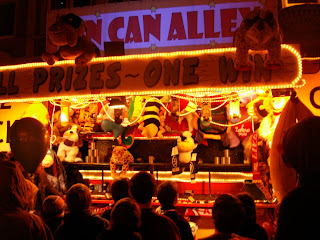 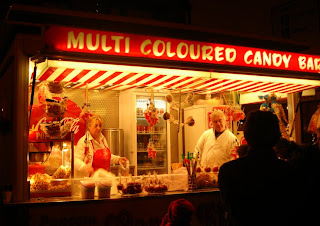 My goddaughter Emma celebrated her 30th birthday on Tuesday at Danesfield House Hotel near Henley. This magnificent 4 star hotel was originally a Victorian country mansion and is truly elegant. Felicity, Emma’s mother, treated her to a day of pampering – spa, massage, fingernails etc. Together with Martin, her grandfather, I joined them for a cream tea in a sort of baronial hall, complete with a minstrel gallery, in the afternoon. Very nice.

I went to see ‘Calendar Girls’ at the Noel Coward Theatre in London on the 3rd. As the show is all about the women from the Women’s Institute getting naked it was only fitting that I went there with a coach-load of mature W.I. ladies. Luckily they spared me by remaining fully dressed for the entire journey. But I thought the show was a bit amateurish, even though Kelly Brook’s gorgeous figure made the eyes pop a bit (she’s the one in the photograph with the skis), to see her tottering around the stage on high heels didn’t seem too authentic. 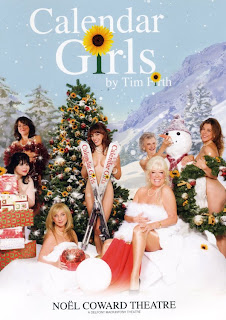 The highlight of the week was Vince Hill’s performance at the Kenton Theatre on Wednesday evening. Vince is in his mid seventies, yet he was on stage for a full two hours. How he can remember all the words – especially to that 17-page soliloquy ‘My Boy Bill’ from Carousel - I’ll never know. It was a magnificent evening and the theatre was full. So many of his friends were there (I was in the front row together with his family, Val, Paul and Debbie, etc) that he was a trifle nervous to begin with. He needn’t have been. At the end of the show the whole theatre gave him a standing ovation – so well deserved. Then about 30 of us went to a charming restaurant near Henley called Luscombes for a late dinner. We ate at 11.30 and had a very jolly time while Vince wound down a bit. Incidentally Vince donated his time and talent to the ‘Kenton for Keeps’ initiative, which aims to preserve the theatre for ever.

Ever lost your car keys? I did the other day. It was pouring with rain and I was returning to the Waitrose car park carrying three very large and heavy bags. I was soaking wet, the bags were nearly falling apart when I discovered my pockets were empty – the keys had gone. All I could do was to walk to the covered area by the store and ring Tracey, who happened to be at home cleaning my flat at the time to bring me my spare keys if she could find them.. I couldn’t get through for some reason so went into Waitrose to ask if I could leave the bags there while I retraced my steps right back to the Post Office. “Can you describe the keys?” the girl at the desk asked. When I did, lo and behold she handed me my keys! Someone had found them. Now mightily relieved I returned to my car, still soaking wet (my umbrella was locked in the boot, or trunk for my American readers) to find one of those big yellow warning notices under my windscreen wipers! I was sure I’d bought a parking ticket, and there it was attached to the window. Cursing loudly, and gearing myself up to confront the parking attendant, I removed it to find a little note underneath to say that if I’d lost my car keys they were in Waitrose. How kind, and thank you, whoever you were.