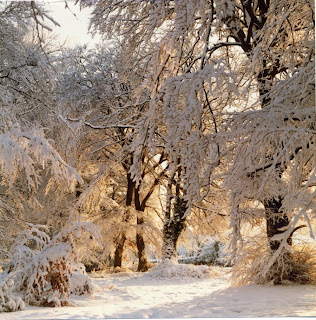 The snow has arrived. I love looking at it but am not so sure about driving around in it. Today, for example not only did I break the key pad on the outside of my garage (because it was frozen) when I did get the car out it slithered around getting up the slope of our forecourt and nearly deposited both me and the car in an icy river. But all was OK eventually. Now all I need repaired is my gas fire which won’t light for some reason, and as British Gas will only answer emergency messages (and I’m too honest to pretend it’s an emergency) I’ll have to wait till Monday before I ring again. Not that they’ll come out before Christmas – that’s too much to ask.

It’s nice when my paintings are used for other reasons than just to look at. Two things in this regard happened this week – Leslie Thomas, the famous author of over thirty books – including ‘The Virgin Soldiers’, rang me on Thursday to ask if he could reproduce the miniature portrait I did of him a couple of years ago, on the back cover of his latest book. I agreed immediately and have been invited to the launch at Salisbury Cathedral in March. Leslie was delighted as it also won first prize for portraiture earlier this year in Florida. 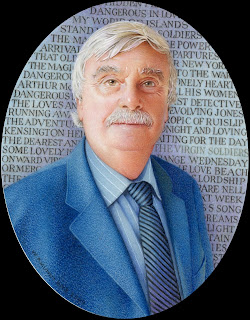 An unexpected little package arrived yesterday. It was from Paradisum Records and contained 4 CD’s by John Clegg playing the works of Nicholas Medtner, and features my large watercolour painting of John Clegg on the cover. It’s been reproduced nicely and I’ll enjoy playing the CD over the next few days. 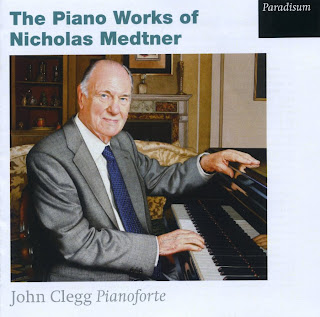 Last night I went to see ‘AVATAR’ - the latest film by James Cameron. Not only is it the most expensive film ever made (it cost £400 million) it’s the first major film to be made in modern 3D. I wondered whether, having only one good eye, whether the 3D effect would work for me. But it did, which will confound Paul Daniels who didn’t think it would. Just the other day I tried to watch The Queen’s Coronation in colour and in 3D on television, but it had no effect. I had to use two-colour glasses for it to work, whereas Avatar needed Polaroid glasses (50 pence a pair, but you could take them home with you). It was a very long film – 3 hours – and although I was wriggling about on my seat for the last hour, the effects were truly spectacular and highly inventive.

On the way back from taking Christmas presents over to Jill, my cousin, the other evening Val and I passed by West Drive in Sonning. There a family spend thousands every Christmas in decorating their house with the most fabulous Christmas lights. Due to the amount of illumination and the disruption it caused to the neighbours the display was banned a couple of years ago, but now it’s back in all its glory. 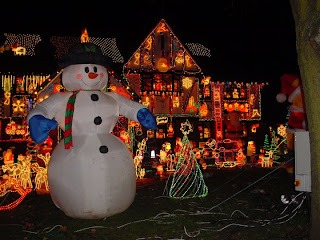 I see RG9 wrote a bit about my lapses into senility last week. When I met him in Waitrose car-park I also related another 'senior moment' incident that happened not too long ago. I went to London for the day and while travelling on the underground happened to glance down at my feet where I discovered I was wearing odd shoes! It must have been a dark morning when I put them on. My first thought was to find the nearest sock shop and buy two pairs of contrasting socks. I’d then put one of each colour on either foot with the bizarre intention of pretending to make some sort of fashion statement. But I though better of it, as who cares anyway?

Now I’m off to another party. Hope the roads are not too icy as the house is up a very winding and probably snow-bound lane in Wooburn. As I probably wont be writing another blog before Christmas, let me wish all my blog readers a very happy Christmas. 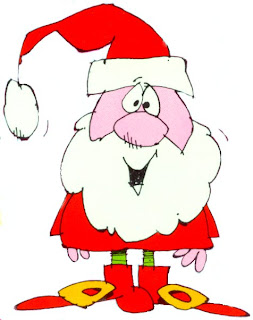