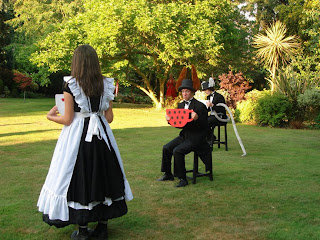 On Wednesday evening – one of the loveliest of the year – Shiplake College’s ‘Mad Dogs Theatre Company’ performed sequences from ‘Alice in Wonderland’ in Sue and Tom’s garden in Woodlands road. About 60 people were invited, and I must say I was very impressed with the energy and talent of the young students. It was virtually a full dress preview for the ‘Alice’ weekend to be held at various locations all over the City of Oxford. We followed the players all over the garden as they very professionally acted out excerpts from Lewis Caroll’s classic books. I’ll add a little video at the end of this blog showing the young blades dancing ‘The Lobster Quadrille’. 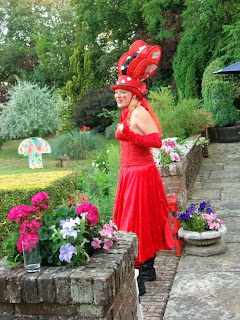 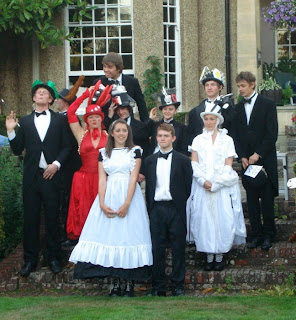 Henley Regatta came to an end yesterday. On Friday morning my little party of eight graced the elegance of Phyllis Court. I picked up Paul and Debbie and as soon as we arrived – first things first – Paul bought a big jug of Pimms – a wonderful relief from the heat of the day. To see the floatey dresses and lovely hats worn by the ladies reflected the real Englishness of the occasion. All the men, of course, wore blazers and either boaters or panama hats. 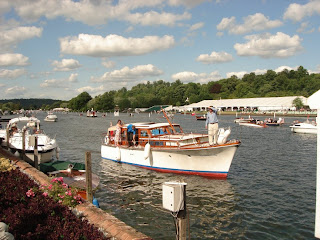 A view down the course

Jane, me and Debbie at lunch
I’d arranged for the best table in the dining room for lunch, which everyone really enjoyed (still haven’t regained my own appetite however) 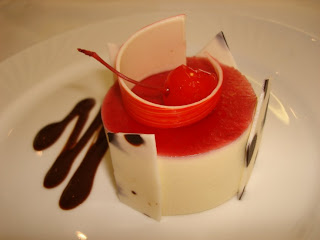 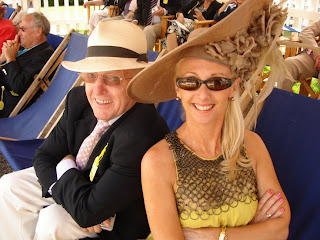 Paul and Debbie
Later in the afternoon we all sat on the deckchairs - strategically arranged overlooking the river so we could watch some of the races – after all it is the premier rowing event in England in the summer – although some people think it’s a purely social event! 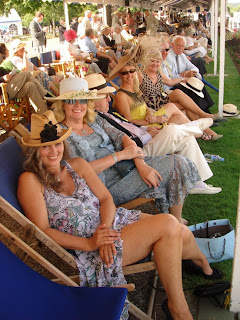 Our own 'Eight'
The sunshine poured down from a blue sky dotted with puffy white clouds, and Bill suggested we all go for a trip up the river on his launch. Now that was just marvellous – silently we travelled up to Hambleden lock and back – sipping champagne and lemonade. The four girls in the back were having a riotous time – it reminded me of the current TV programme ‘Loose Women’. Peals of laughter reverberated around the boat. And when we got back to Henley Bridge another treat was in store for us as a lone Spitfire performed aerobatics overhead. For fully 20 minutes it ‘looped the loop’, dived and climbed high in the sky. The roar of the Merlin engines brought back nostalgic memories of dog fights going on above our childhood heads during the Second World War. 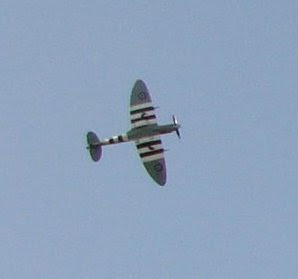 Spitfire in the sky
There’s always a tremendous variety of craft on the river during Henley week. Cruises, slipper launches, big passenger boats, punts, and rowing boats – just about everything. We even saw a genuine Venetian Gondola and a boat shaped like a shoe! 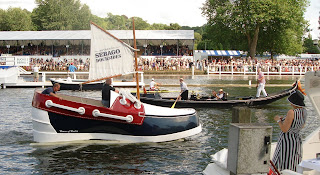 I don't think the shoe will win 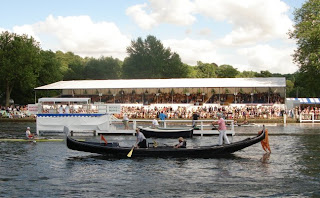 Later in the evening, after a very nice cup of tea and a crumpet at Paul and Debbie’s, I made my way home to watch the Murray/Roddick tennis match from Wimbledon that I’d recorded earlier. Our guy didn’t win but it was a very close match.

I was reading a book about Sam Manekshaw over the weekend. (I spent the day with him a number of years ago at his home in Delhi. He was India’s highest ranking soldier – the only Field Marshall in the Indian army and certainly the most unforgettable person I’ve ever met.) A quote from the book I really like was “ If a man tells you he’s not afraid in battle he’s either a liar – or a Ghurkha.”

This little video shows the New Orleans passing by while we lazed the afternoon away at Shiplake lock last week. And the other is of the young students performing their version of the ‘Lobster Quadrille’