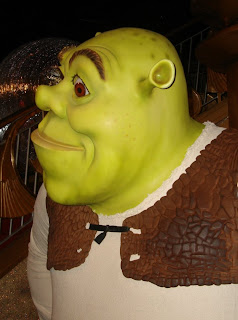 My old friend Maurice Bowra (that's not him on the left - it's a wax image of Shrek) briefly stopped over in London on the way back to Bangkok from Belgrade the other day, which gave us a chance to meet up for a day out. I’d been planning to visit the Museum of Brands, Packaging and Advertising
for a while, so we caught the bus from Paddington to Notting Hill. (I had a little map showing its exact location and as I had brought my portable satnav along with me we got off as soon as it told us we were at our destination.)
The museum was fabulous – thousands and thousands of items going right back to Victorian times. I even noticed 8 of the biscuit tines I’d designed when I was an apprentice in the late 50’s. I don’t suppose the golliwog shown in Santa’s sack would be acceptable today as far as the Politically Correct brigade are concerned. 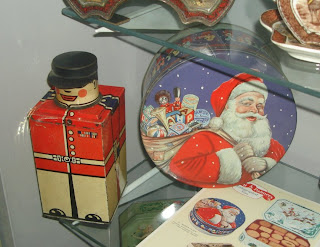 After a fascinating hour or so in the Museum we made our way to Baker Street for lunch. I was looking for Mrs Hudson’s Tea Rooms (Sherlock Holmes’ housekeeper) but it had closed. Our next port of call was Madame Tussauds – I especially wanted to see their latest addition – Boris Johnson. If anyone is planning to visit Madame Tussauds, one word of warning – you’ll have to queue for at least an hour, and unlike the Disney queues it’s very boring. Also you have no idea how much it costs to get in until you finally reach the till. But it is worth it. They really have made the most incredible likenesses - I’ll post a few of the images here. 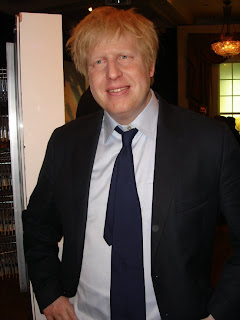 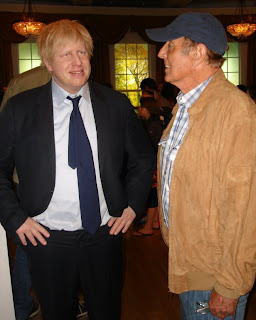 Boris with the real Maurice 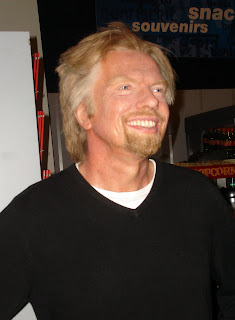 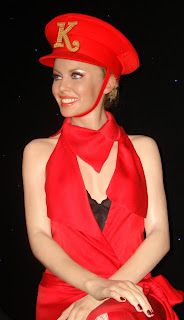 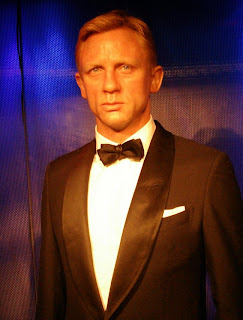 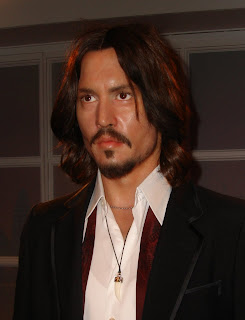 Johnnie Depp
Arriving back home I called in to Vince and Annie Hill’s (where I parked my car – they live two minutes away from the railway station) as I’d been invited for dinner together with a few mutual friends.

On Monday evening I went for my second coaching lesson at the Henley Bowling Club. Now that I’ve become a member I treated myself to a set of bowls last week. It’s such a friendly club – wish I could remember names more easily as most people there seemed to know mine! The weather was balmy and being adjacent to the Thames we were accompanied by a variety of river noises as we played. Still on the sporting theme Wednesday night was the ‘Colours ' tournament at Phyllis Court. This is a game played on the snooker table without the red balls. It was invented by a PC member many years ago and is quite enthralling. I think the next time I stay at the Tanglin Club in Singapore I’ll introduce the game there.

BBC Radio Berkshire telephoned me on Tuesday afternoon to ask if I’d be prepared to be interviewed live on air the following morning by Anne Diamond. So at 11 o’clock I presented myself at the studios complete with a small selection of miniature portraits, a couple of tiny brushes, my paint box and a few of the books I’d written. The interview was in two parts and took about an hour, so was quite comprehensive. Anne was very good at plugging my work – she even got me to quote my prices on air (as yet no commissions have materialised!). I thoroughly enjoyed the morning – but wish I hadn’t left a paint brush there, as it was one of my best.
On a mundane level, the new washing machine was delivered by John Lewis, but couldn’t be installed as promised. The reason being that they couldn’t undo the water taps. (They’d corroded so much due to our very hard water.) Dave – the washing machine man – came over yesterday to fix it, but even he had no luck. Eventually I got a plumber who, after a number of hours, managed to put everything back together. I haven’t tried it yet – I’ll wait till Tracey comes next Tuesday so she can tell me what buttons to press, as I’m not in any way a domestic God. I did manage to complete the Livery Company commission the other day.

Today, Saturday, is the first day of the Bank Holiday, and it’s shaping up to be a beautiful weekend already. I popped over to see an artist friend this morning and to see the progress on his latest – extremely large – painting. In fact I walked in to a houseful of friends. Shining Bear (he plays the didgeridoo) was back from Canada with his lovely girlfriend Karen, Buzz had made scones, and Fergus and his wife Zelia had brought clotted cream from the West Country. (They have a great retreat there called tipivillage.) 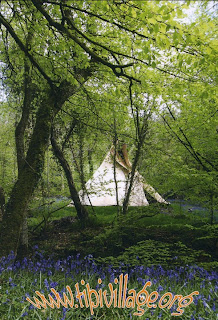 I’d brought fresh strawberries and cheese bread from the farm shop. We had a great breakfast - lots of fun stories were related, and I realised I’d painted portraits of four of the assembled group. I had to dash back home at midday as Kevin the carpenter was Artexing my bathroom ceiling.