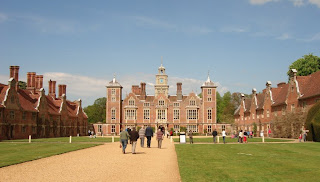 Anne was beheaded on the 19th May 1536 and it is said that every year, on the anniversary of her execution, her headless ghost arrives at Blickling Hall in a carriage drawn by a headless horseman. Her head comes too, it is said, as she carries it along with her. We didn’t actually see her ghost this time (even though Blickling Hall was voted the most haunted house in Britain in 2007) but we imagined how much she must have enjoyed the wonderful bluebell paths we wandered along. 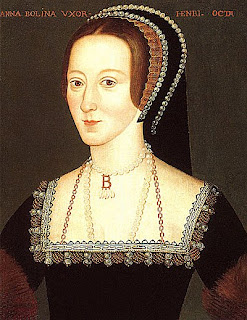 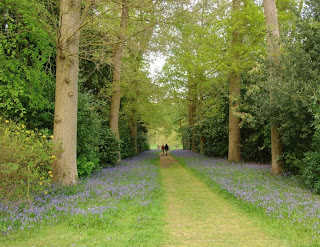 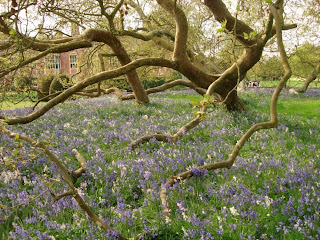 This is a great time of year to visit country houses – especially those with magnificent gardens. Blickling Hall prides itself on its year round colour and stunning parterre gardens surrounded by fabulous topiary. 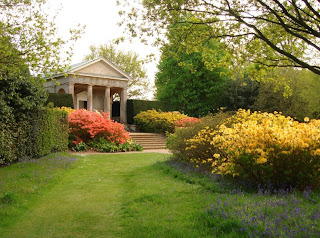 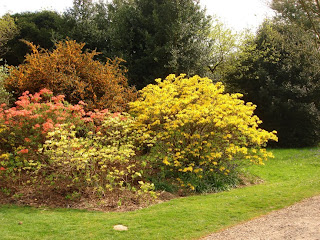 I recently joined the Henley Bowling Club. Luckily Vic is a member of the Lakeside Bowling Club in Norfolk, so he took me there on Sunday morning. Here was a golden opportunity to steal a march before I have my first lesson in Henley next week. All eight rinks in the indoor green were free, so we had the whole place to ourselves. I didn’t beat Vic of course, but did manage to get within 6” of the jack a couple of times. I had no idea that the woods curved in to such a degree – which meant you need to aim about 15 feet away from the target.

Just before I left Norfolk yesterday I made this little video of Vic and Christine’s horse Lulu. Sorry about the noise of the wind.

And here are some of the bluebells at Blickling Hall. There's a big black bull in the field behind with all the cows.